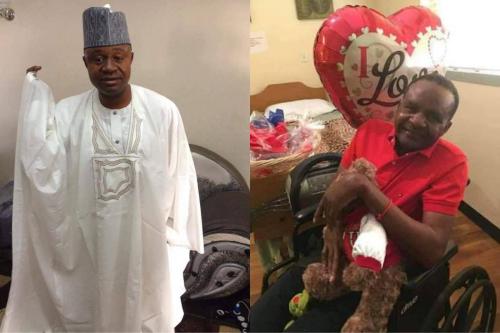 The former Taraba state governor, Danbaba Suntai who survived an air crash at the Yola Airport in Adamawa State in 2012 had died on the 28th of June, 2017.
He was buried yesterday on Saturday but shortly after Danbaba’s burial, his brother lose the battle to illness and passed away.

According to a family source, the younger brother Babangida Suntai was rushed to Abuja last week for treatment but was officially declared dead by doctors last night.

He died Saturday evening in Abuja. May his soul rest in peace.