Home News Feed Golden N*ked Woman Appears On Street In Broad Daylight | Photos
Facebook
Twitter
WhatsApp
A woman has given many people the shock of their lives after appearing on the street completely n*ked and covered in a gold paint. 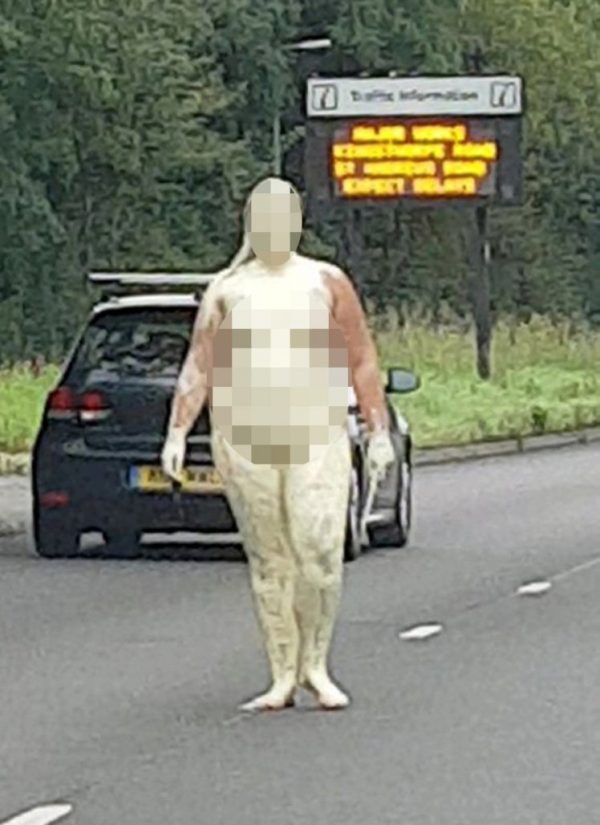 Photos have shown the moment a woman was found walking n*ked on the streets.
According to Metro UK, the woman was taken to hospital after walking down the middle of a dual carriageway, completely n(ked and covered in gold paint.
The unnamed woman sparked serious worry among drivers in Northampton as she wandered down the busy road on Monday.
Police were called to the scene on Mere Way at around 11am after residents became concerned for her welfare.
Other witnesses took photos of the woman standing in the middle of the 40mph road as she was spoken to by officers.
A Northamptonshire Police spokesman said: ‘We were alerted by a member of hte public who had seen a woman walking along Mereway.
‘We attended and she was taken to Northampton General Hospital.’
Jess Hornsey, who witnessed the incident, said she was driving to nearby Abington when she was the woman. 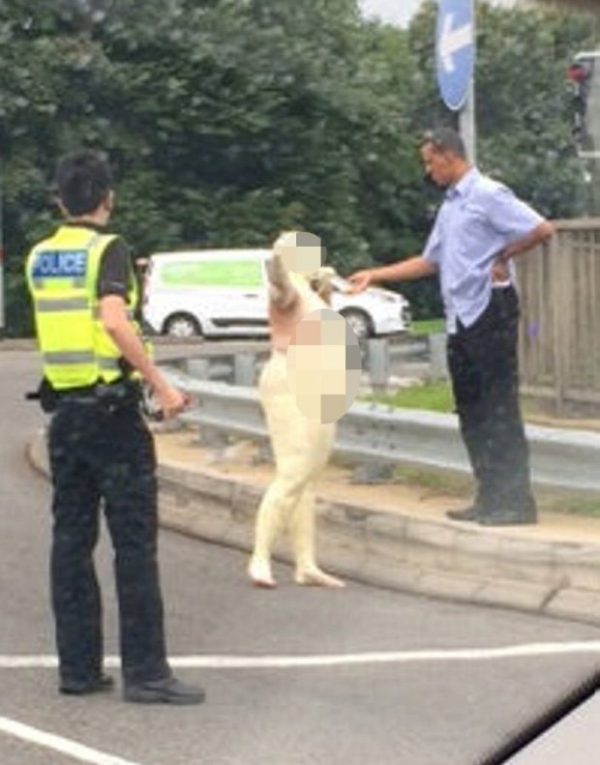 ‘I was a bit worried for her,’ she said. ‘I didn’t know whether I should ring the police or not – or whether it was some sort of prank.’
Another motorist, who didn’t want to be named, said: ‘I nearly crashed my car when I saw this naked lady painted all in gold.
‘It’s certainly not something you see on your way to work every day. I thought my mind was playing tricks on me. It was really strange.’