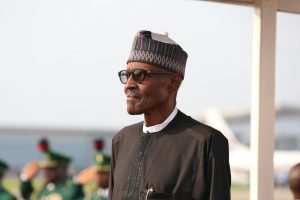 Days after the return of President Muhammadu Buhari to the country,some groups under the aegis of Conference of Patriotic Nigerians, staged special prayers for President on Thursday and the sustenance of peace and unity in the country.

The event, held at the Sani Abacha stadium, was led by the state Chairman, Juma’at Mosques Committee, Sheik Fadhlu Danalmajir.

The crowd later marched to the Government House, where they were received by Gov. Abdullahi Ganduje, who commended them for their prayers and best wishes to the nation.

He stressed that the people of the state were solidly behind President Buhari, adding that other Nigerians should support the administration to bring about the desired change to make Nigeria a better place for all.

The governor noted that the Buhari led administration had in the last two and a half years addressed problems of security and corruption in the country.

Also speaking at the occasion, Senior Special Assistant to the President on Electronic Media, Alhaji Sharman Sharada said the prayer was organised to thank God for his grace on the President.

Among those in attendance were All Progressives Congress Chairman in the state, Abdullahi Abbas and Senior Special Assistant to the President on National Assembly Matters, Abdurrahman Kawu-Sumaila.