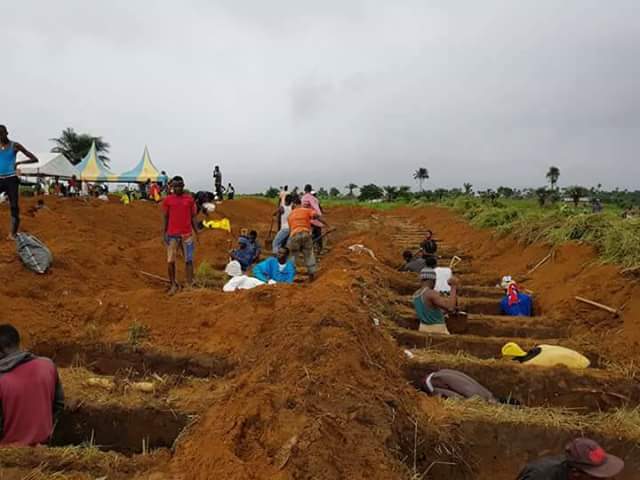 Photos taken Thursday shows me digging graves at Waterloo for the remaining victims of the devastating flooding and mudslide in Freetown, Sierra Leone.

Hundreds have already been buried on Tuesday and Wednesday. Over 400 people have been confirmed dead after a mudslide in Regent, near Freetown, Sierra Leone.

The incident happened when a hillside in the Regent collapsed on Monday morning, following a night of heavy rain, sending mud sliding down and covering houses where people were sleeping. 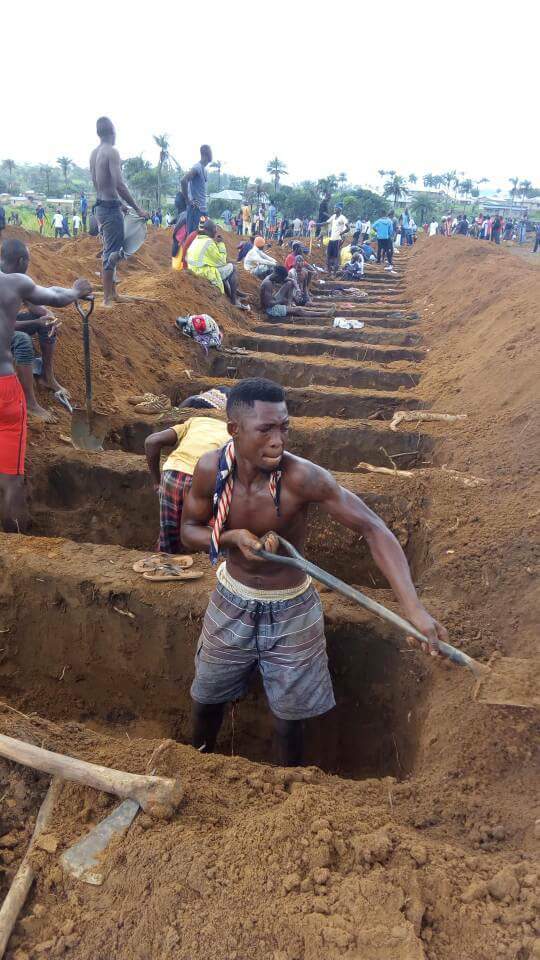 Aid workers said there was a high risk of disease outbreaks such as cholera, as corpses are lying out in the open in the heat.

In a statement on Wednesday, President Ernest Bai Koroma’s office asked relatives to come to the city’s overwhelmed mortuary. All unidentified corpses will be given a “dignified burial” in the coming days, it said.

Red Cross officials estimated some 600 people remained missing more than 48 hours after the storm hit while most of the victims slept. 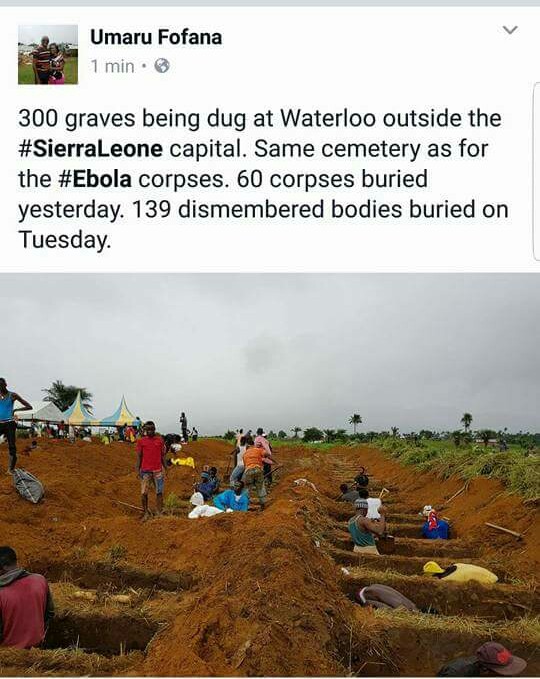 Freetown chief coroner Seneh Dumbuya told Reuters that the burial of 297 of the bodies was under way. They were being transported to the Ebola cemetery at Waterloo, about 30km outside of Freetown, Dumbuya said.

“We cannot wait for tomorrow for the burial, as was suggested by government, because most of the bodies are decomposing,” he said. “The burial will continue up till night.”

Dumbuya anticipated that the death toll would rise as the search continued for more than 600 still missing.