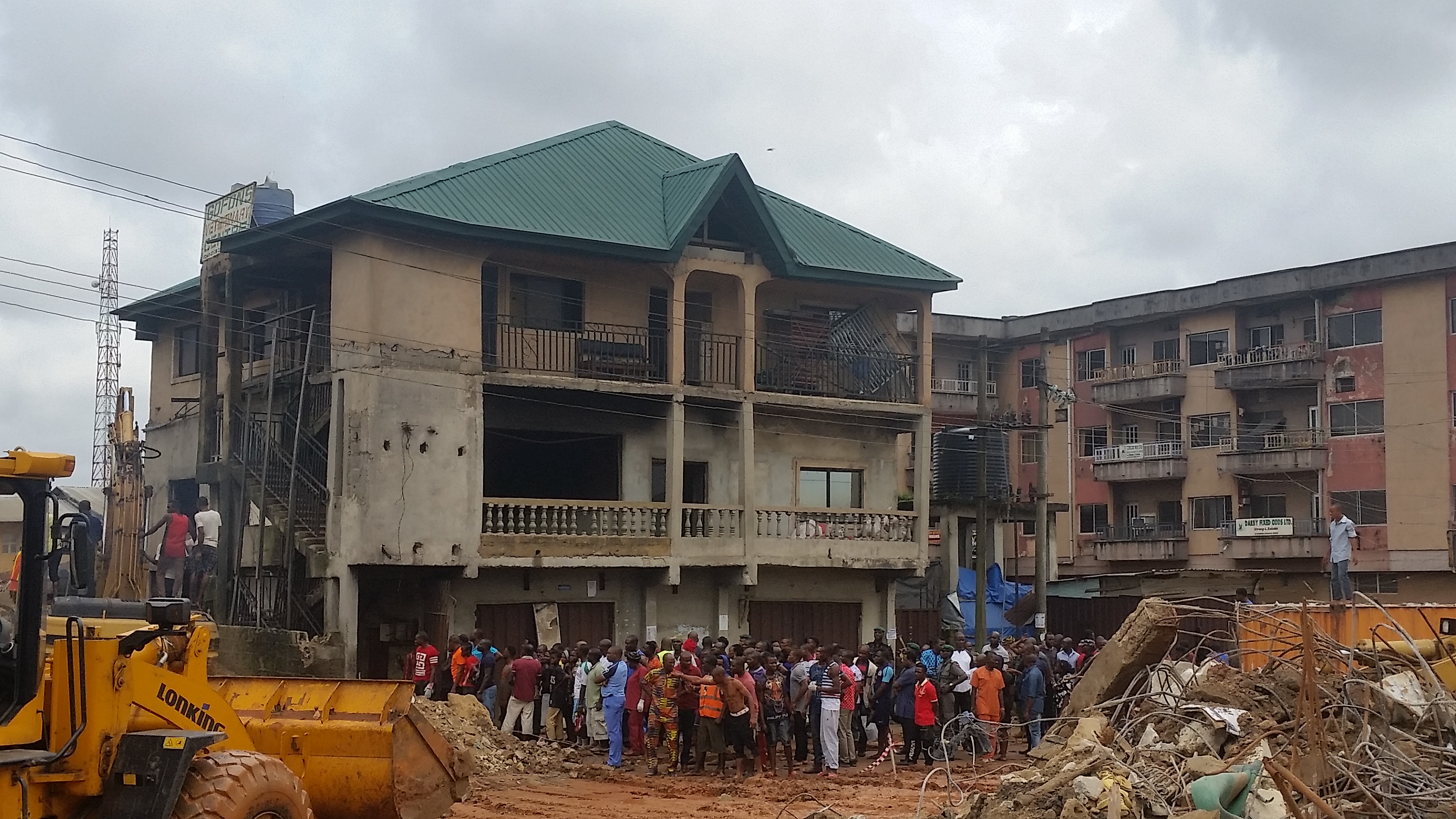 A building collapsed at the early hours of Sunday at about 3am at Egbu road just opposite the police station at Fire Service in Owerri. According to reports about 6 people were rescued alive while about 4 people are feared dead. I have videos of were dead bodies are been pulled out.

The governor came around to inspect the Collapsed Building and he directed that the old building beside it with a green roof should be demolished also because it’s owned by same owner of the Collapsed Building since that same building has already been marked by OCDA as a building dat wud also collapsed soon. From what I saw, the materials used in constructing the building wasn’t upto to standard. 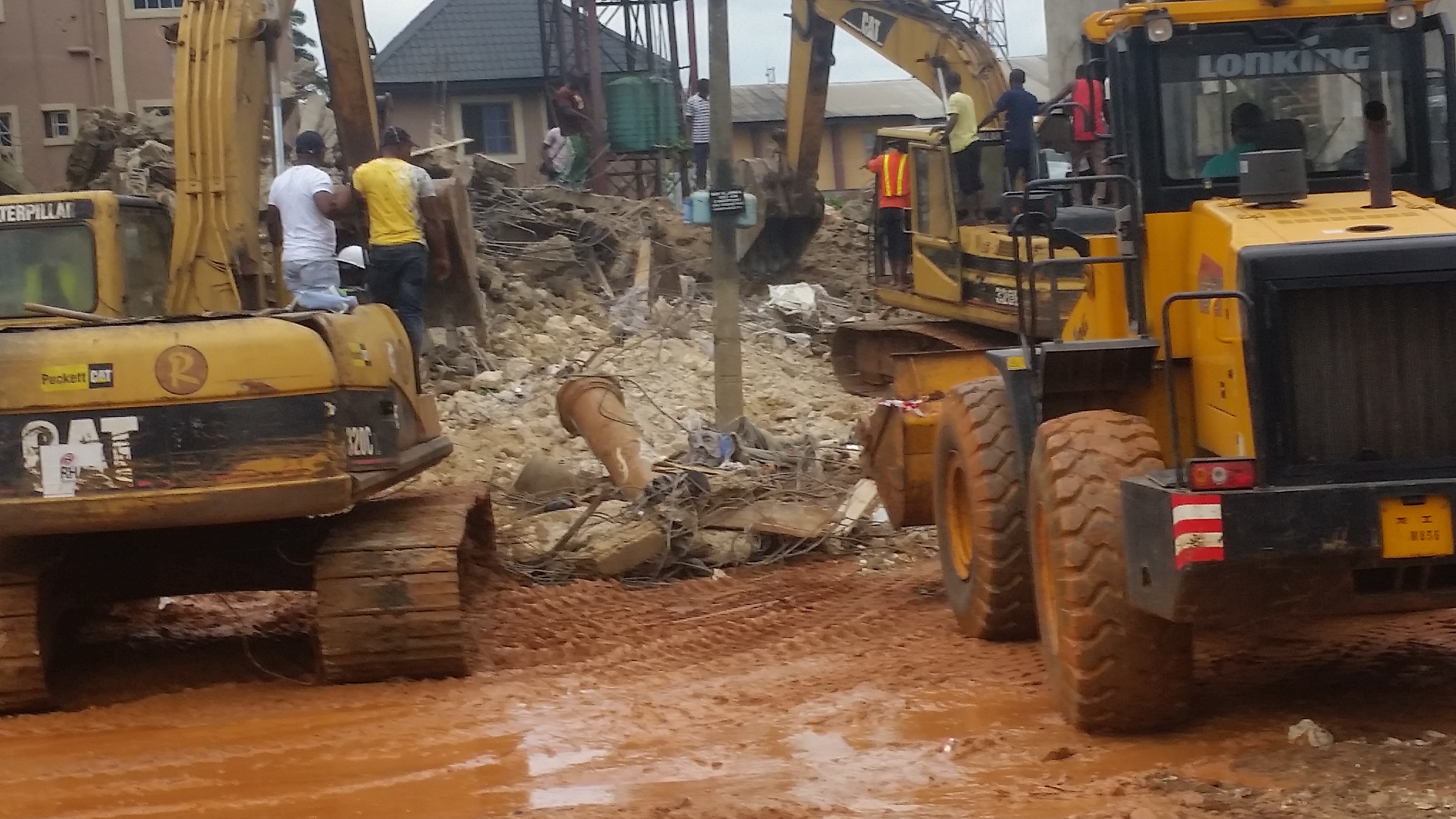 No chippings rather it was local stones that was used. It was also reported that the building was suppose to be 2 storey but was but out of Greed it was made 3 storey. My name is Kelly Bobor incase u want further information. 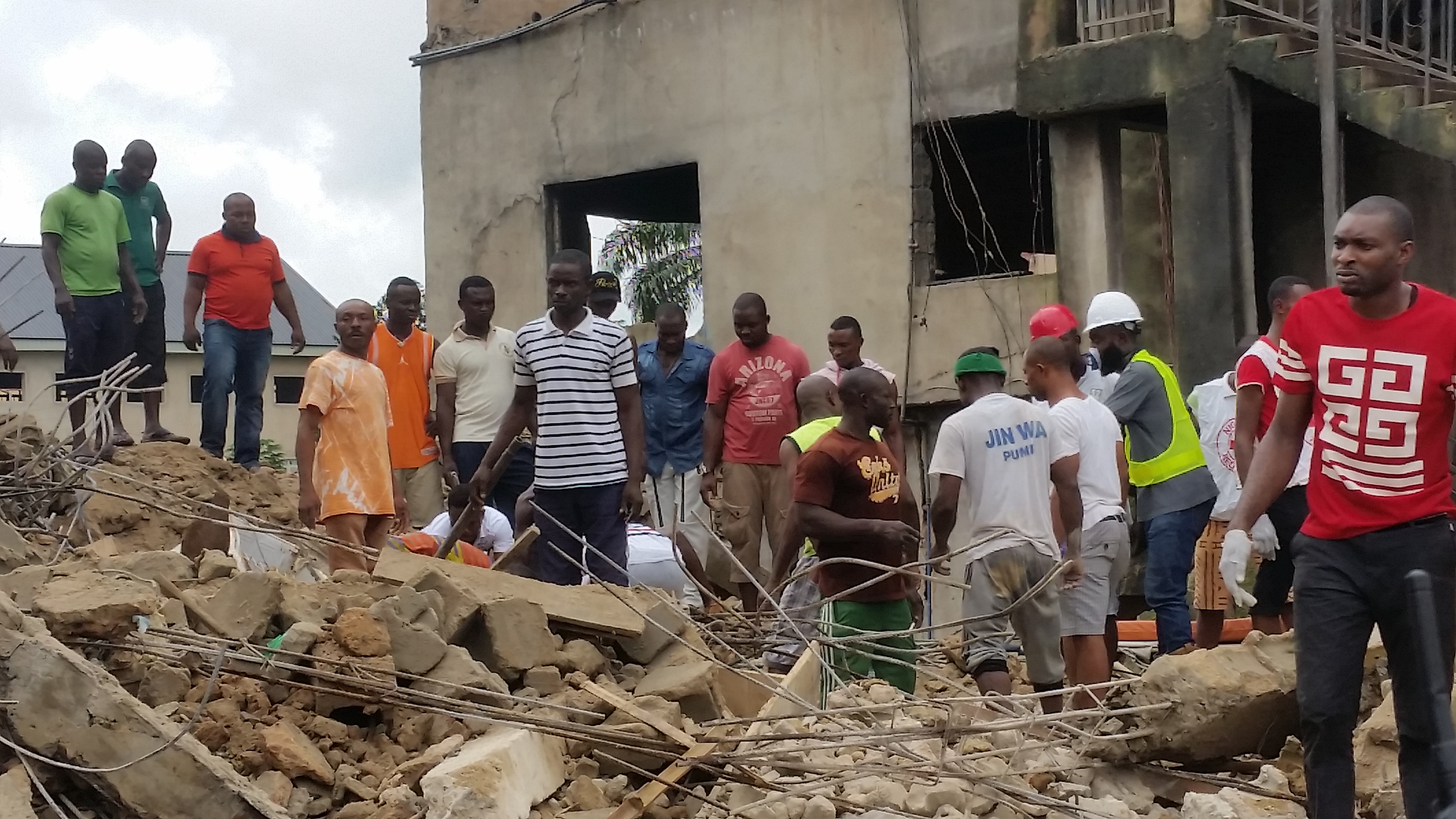 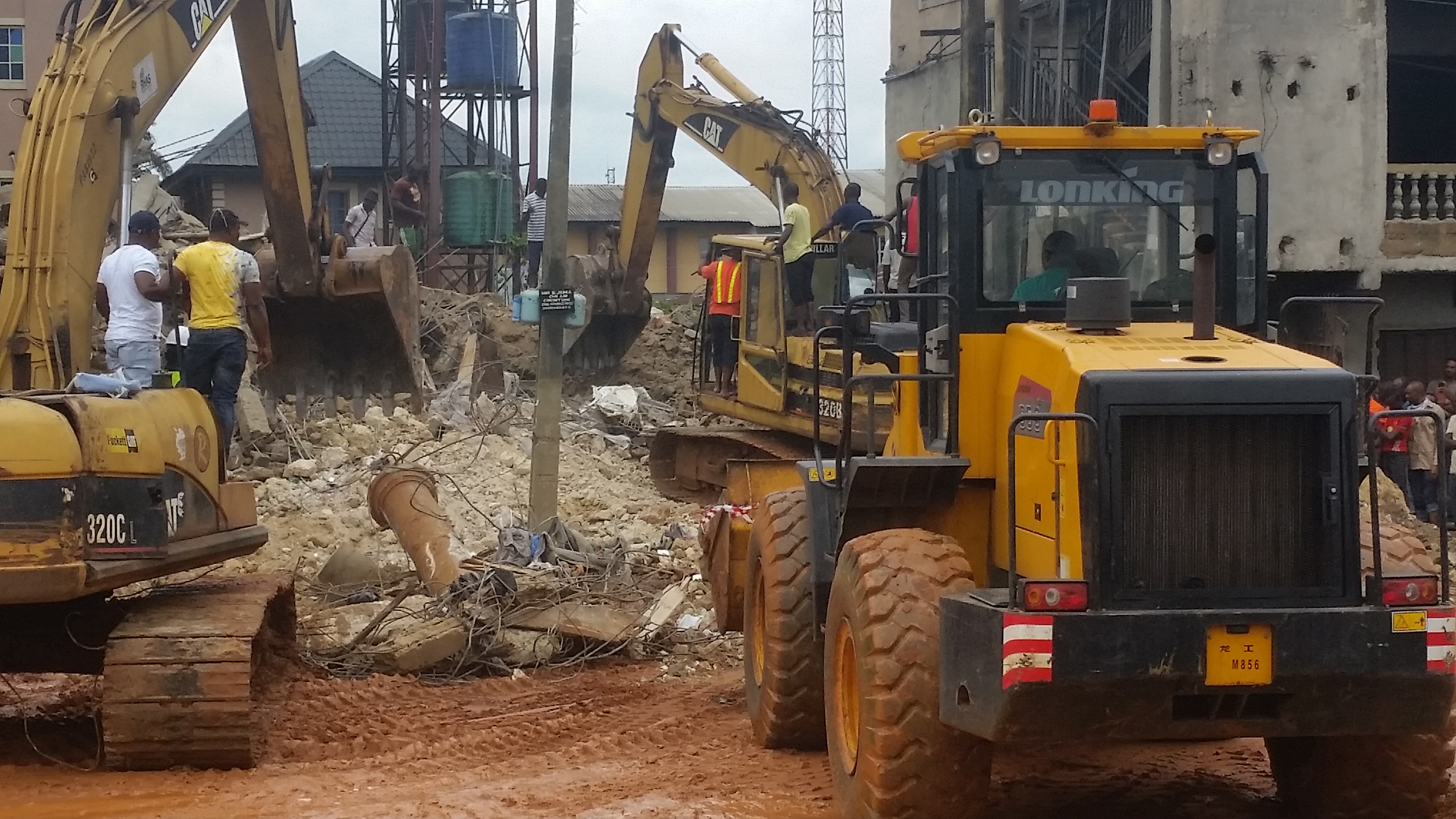 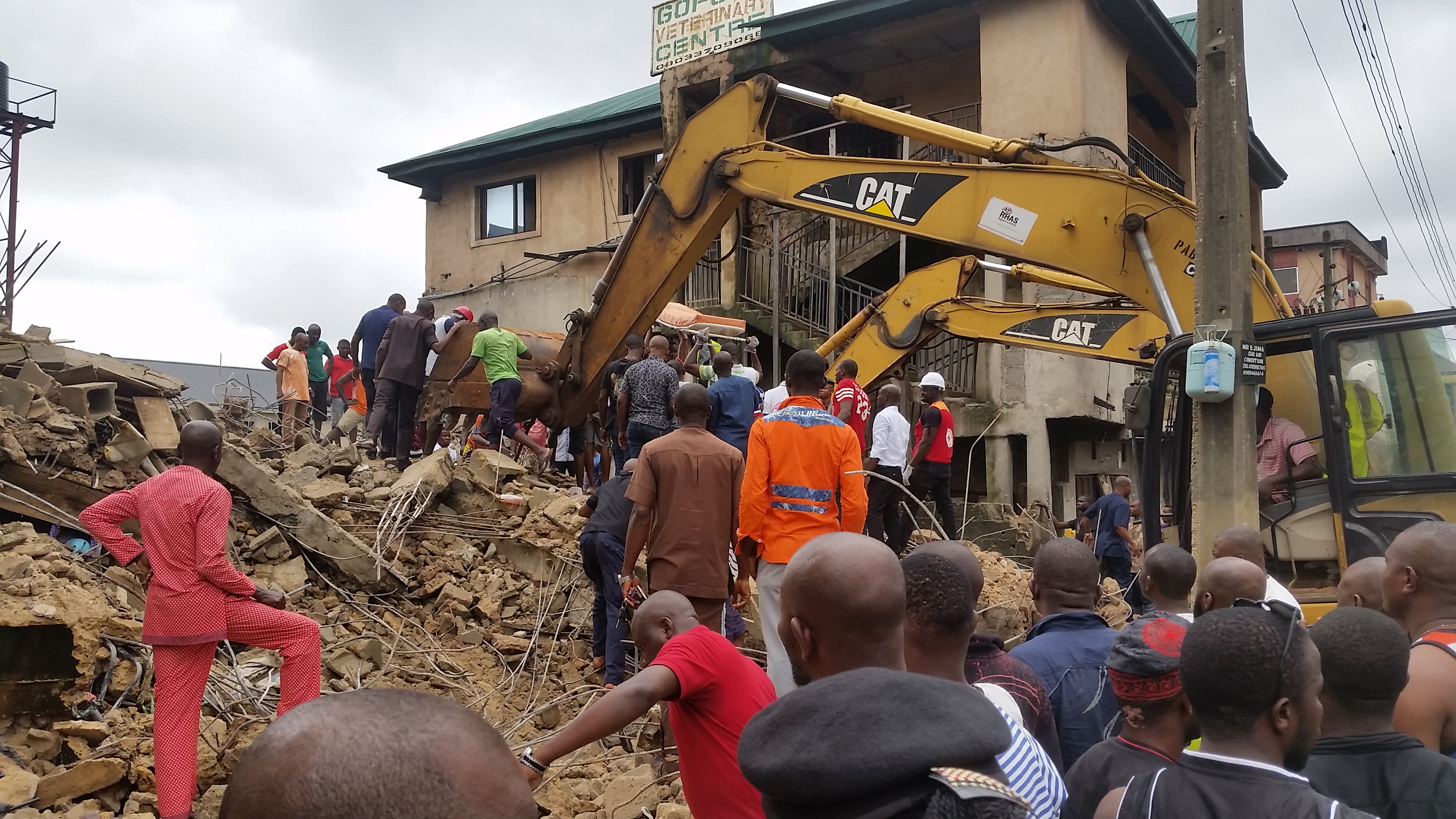 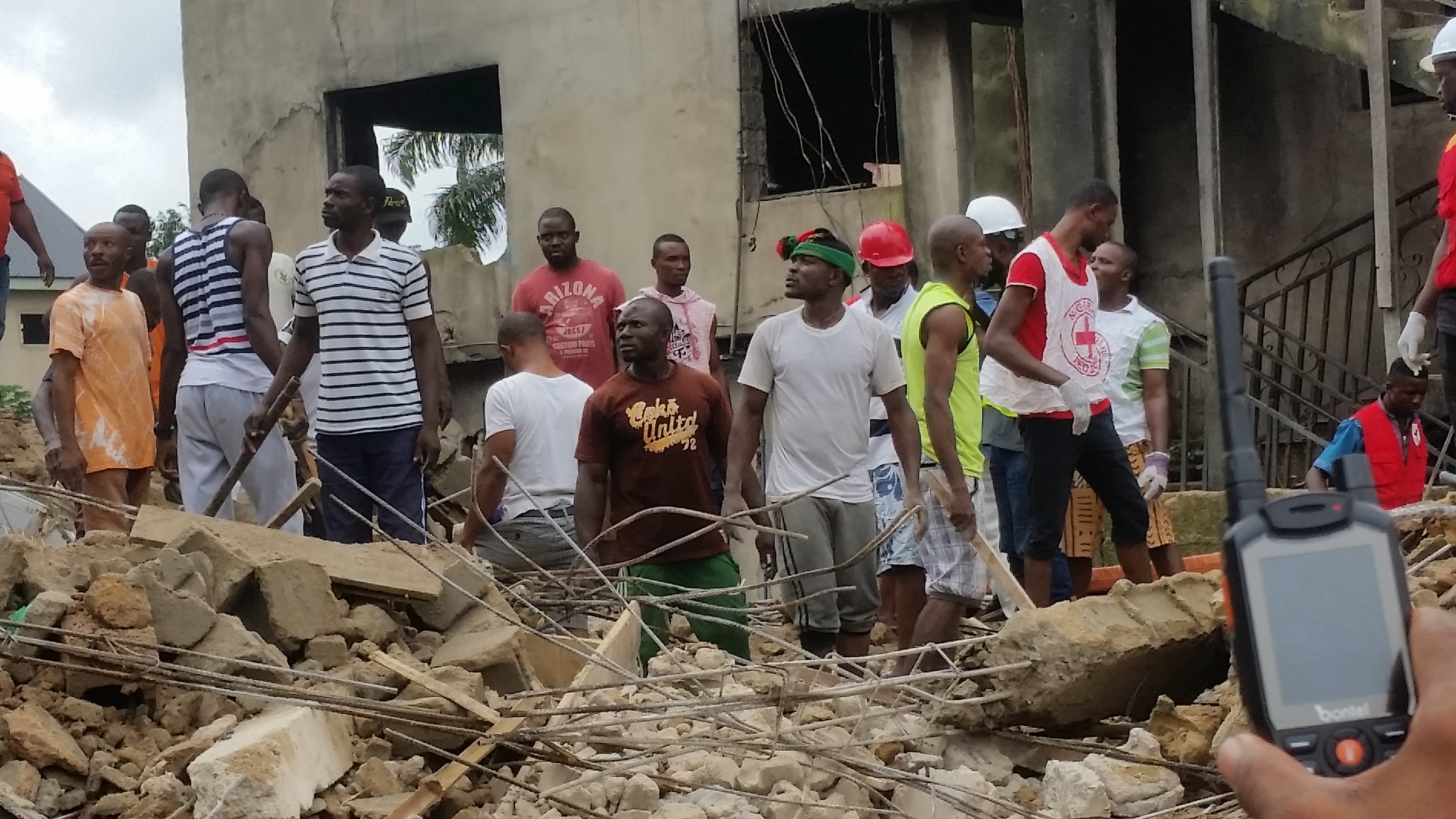 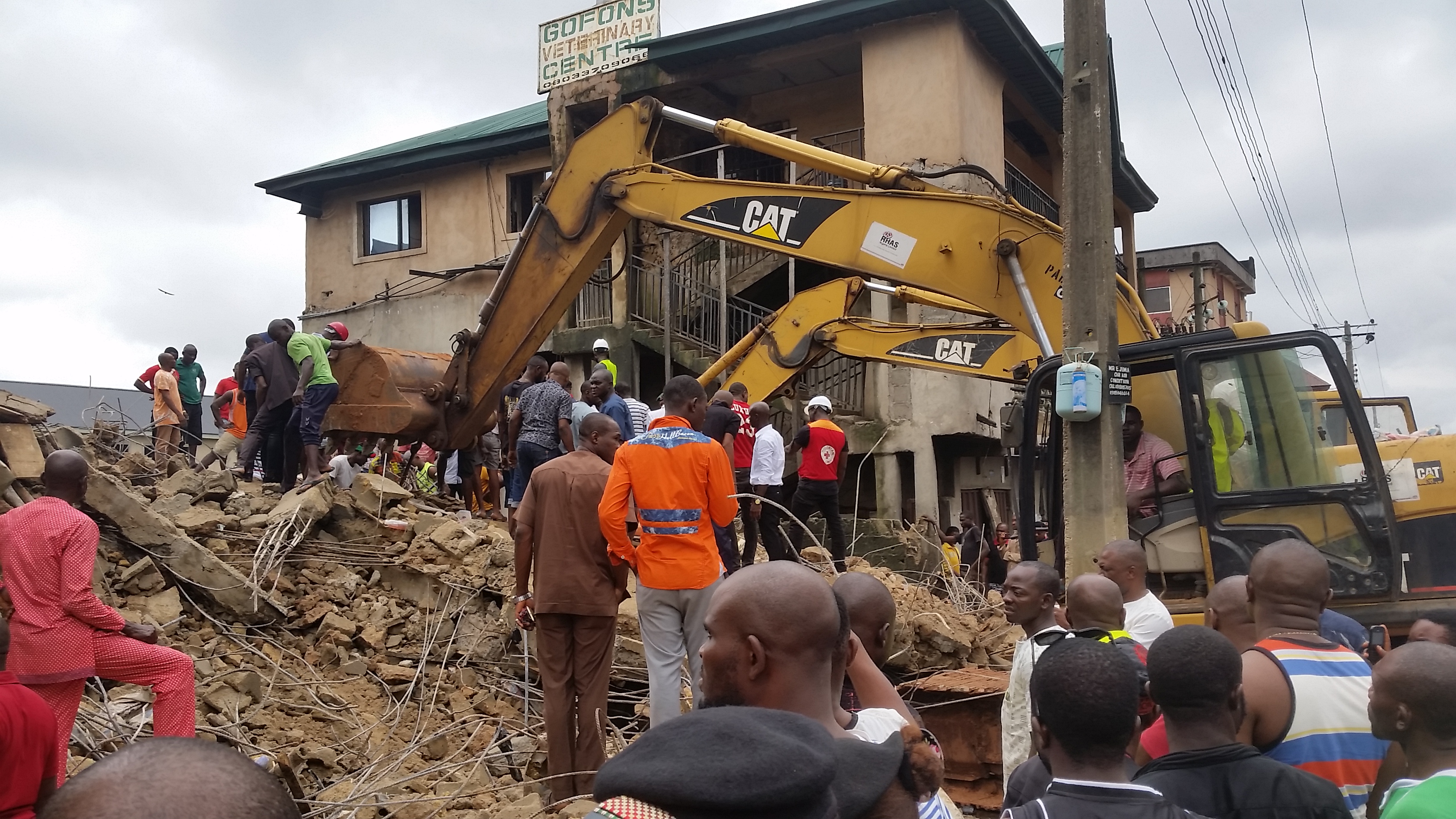