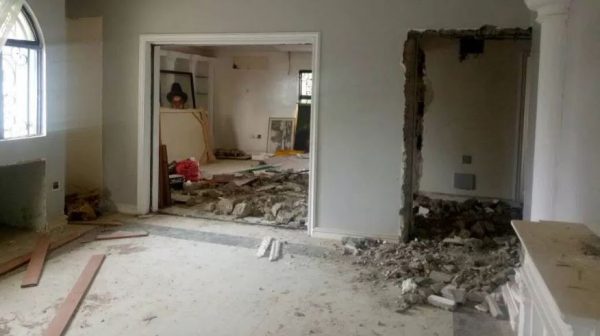 Former President, Dr. Goodluck Ebele Jonathan, said that his house in Gwarimpa, Abuja, was stripped bare by thieves who carted away all movable items in the house.

Jonathan, who spoke through a statement issued by his spokesman, Ikechukwu Eze, two days ago said the theft was discovered last month, after which it was reported to relevant police authorities.

He said six of those arrested by the police were actually policemen guarding the house, contrary to confirmation by FCT Police Command on Monday that only four policemen were arrested in respect of the burglary.

An amateur video recorded by Premium Times shows the upscale apartment was vandalized massively by the culprits with the loot taken to the market.