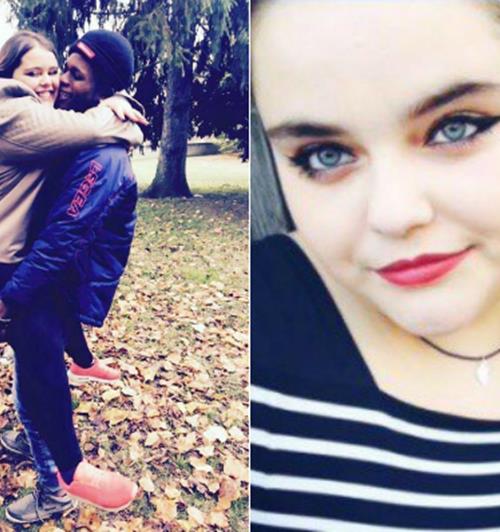 An Italian young lady by the name Chiara Del Gaudio, from Turin claimed she was rejected for a job because her potential employer realized she was engaged to a black man after checking her Facebook page.

The 18 year old had been job hunting and was shocked when a shopkeeper contacted her on social media to comment on her fiancé, who is a Nigerian.

Chiara posted a series of screenshots of their conversation, where he said the serial killer the Monster of Florence would be a more suitable boyfriend.

“As far as I’m concerned, you can go out with the Monster of Florence, but allow me to not entrust the safety of my store to those who share their life with an African.”

The young woman rebuffed the shop owner, who she claims later had to delete his Facebook profile because he was being threatened.

“He contacted me by saying that he was interested in my resume, but after seeing my Facebook profile he told me that he did not like me and even advised me to remove photos with my boyfriend.

“Don’t worry, if by just looking at my profile you think I’m not the right person for the job, I can understand that you are a very superficial person so I would not accept it.

“He could tell me that my curriculum was not good, I would have accepted it, but I did not think I could be a victim of racism because I was engaged to a boy of colour.”

Locals reacted to Chiara’s claims with horror and the president of the Torino Union of Traders, Maria Luisa Coppa, condemned the actions of the shopkeeper.

She told La Repubblica: “Respect and integration are values that animate our activities. Episodes such as the one reported do not belong to our culture.”

In 2016 it was estimated that there were around 666,000 North Africans living in Italy.