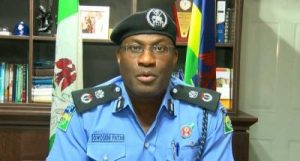 The Lagos State Commissioner of Police, Fatai Owoseni on Friday warned members of the public to desist from carrying out jungle justice.

Owoseni, in a press release signed by the State Command’s Spokesperson, ASP Olarinde Famous-Cole, said the warning became necessary following incidents recorded after the discovery of underground ritual dens in the state.

On Aug. 8, two persons suspected to be ritualists were set ablaze and some buildings vandalized at Ajala Bus-Stop, Ijaiye-Ojokoro area of Lagos.

Also on Aug. 10, at Ile-Zik Bus Stop, along Old Abeokuta Road, a group of people attempted to carry out jungle justice on some destitute suspected to be ritualists/kidnappers.

The suspects were, however, saved by the quick intervention of the Police and Sister Security Agencies.

Owoseni said jungle justice was unlawful, adding that vital evidence that could aid investigate were often destroyed in the process.

“In addition, in the course of discharging its constitutional responsibilities and preventing the barbaric act, Police officers were fatally wounded while stones were hurled at them as well as Police Patrol Vans.

”However, a number of arrests were made in this regard,” he said.

According to the police commissioner, jungle justice, aside being a violation of the law, dents the image of the State.

He said that all those arrested in connection with the aforementioned cases would be made to face the full wrath of the law.

“The General public is advised to report any suspicious happening in their areas to the Police and other Security Agencies,” Owoseni said.

He reassured the public of the renewed commitment of the Police and other Security Agencies to prompt response to such reports.

The commissioner said that no effort would be spared toward ensuring that lawful means are used to bring to justice, anyone that violates the law.