Home News Feed Man Caught Stealing Ram Ahead of Sallah Celebrations | Photos
Facebook
Twitter
WhatsApp
A man has been apprehended and paraded publicly in shame by residents of Iree in Osun state for allegedly stealing a ram ahead of the Sallah celebrations.
The President Muhammadu Buhari-led Federal Government declared Friday, September 1st and Monday, 4th September 2017, as Public Holidays to mark Eid-il-Kabir celebration.
As muslims across the country are going to the market to purchase their rams ahead of the Sallah celebrations, a man who chose to obtain his own by stealing, was apprehended by local residents of the Iree area of Osun state on Tuesday.
The unidentified man who was caught stealing the ram by residents of the area, paraded him publicly with his stolen object.
See more photos below; 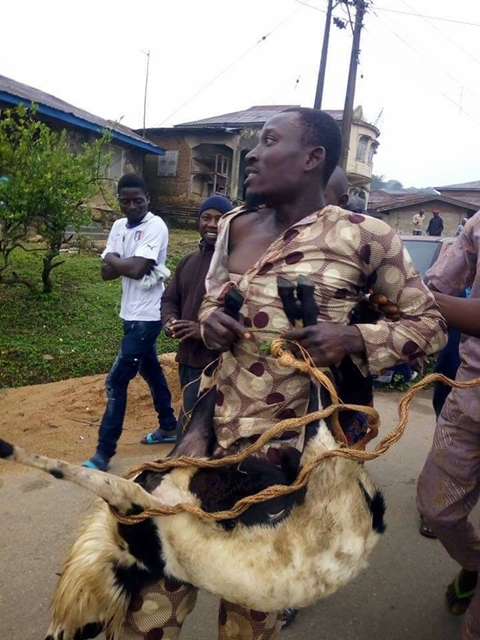 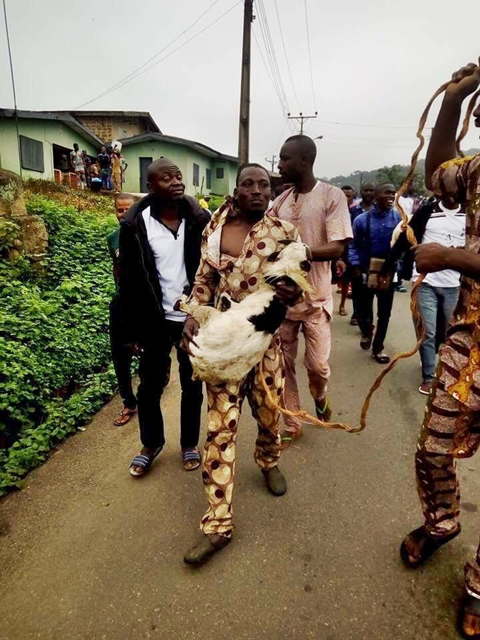 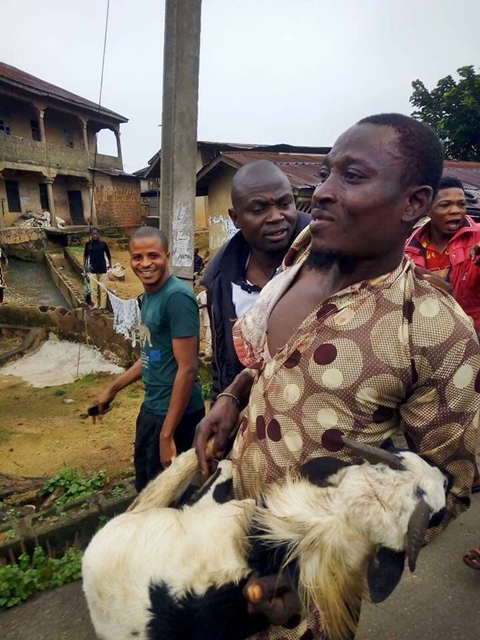