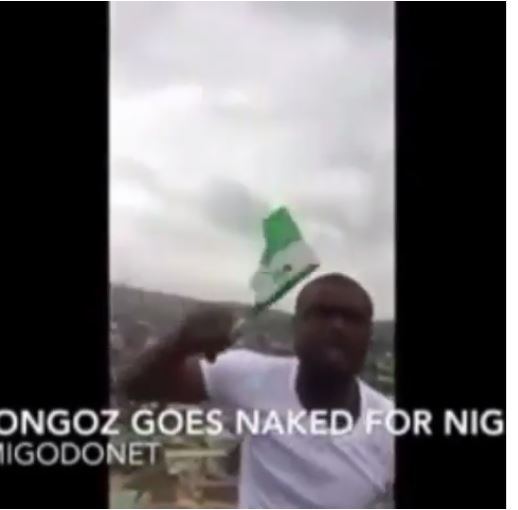 An unnamed Nigerian man has left many people in shock after he stripped n*ked to protest the continued exploitation of the masses by the government and politicians.

The man who is yet to be identified made a video (wish is too graphic to post on our website) crying out over the terrible condition of living in the country as he promises to change things if he is elected in position of authority. 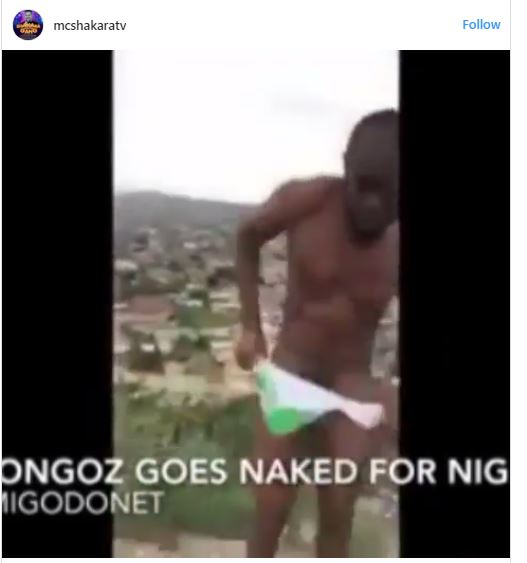 The well-dressed man first condemned the hardship in the land and stated that he and other Nigerians can nolonger cope before taking off his clothes to show how serious he means business.

He called on all good citizens to fight against leaders who are oppressive while holding a Nigerian flag.

The man further stated that if elected, he will not allow religion or ethnicity to stop him from serving the people. 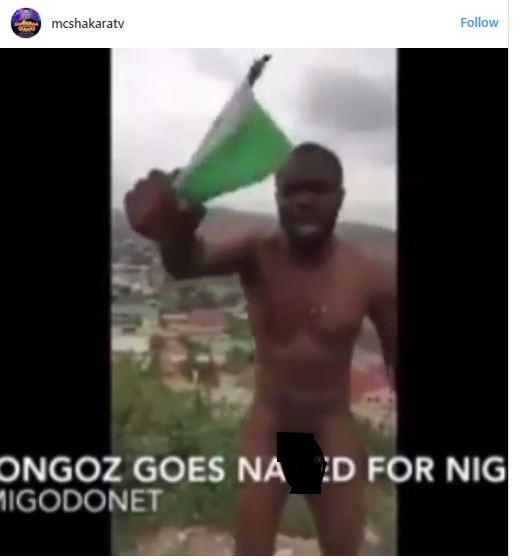 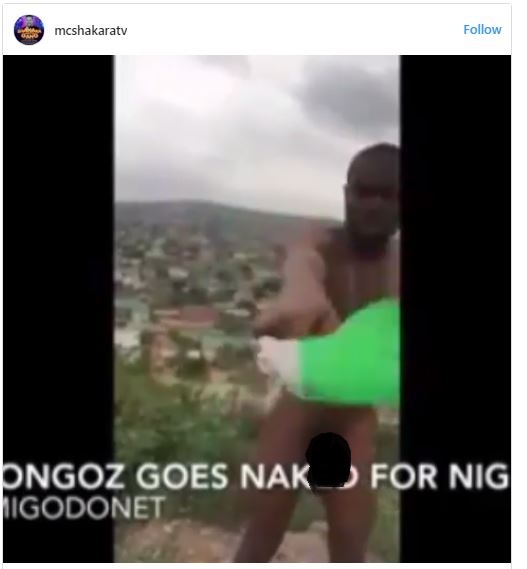