Home Entertainment Marriage Is Not An Achievement – Nollywood Actress
Facebook
Twitter
WhatsApp
Uche Ogbodo is an actress who knows her onions and has featured in many blockbuster movies as a role interpreter, has revealed that her relationship story seems not palatable. 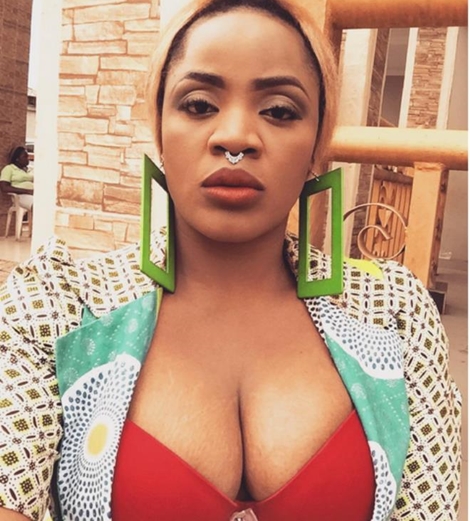 While speaking in an exclusive interview with The Sun, popular Nollywood actress, Uche Ogbodo, opened up on her love life, heartbreak, abuse in relationship, gender equality, and so much more.
Here are the excerpts;
What have you been working on lately?
I have been working on my movie premiere that is coming up very soon in London. The date is supposed to be August 26 but I am trying to change it because of logistics. I am moving the date forward a bit, but if I have my way, it will still hold in August.
What do you think about gender equality?
I think gender equality is good. As human beings, I really don’t think there should be a difference, and that a particular gender should feel superior to the other. There is no difference between you and the other person; the only difference is sex. So, everyone should be treated equally, because women also work as hard as men. I don’t understand why women are not equal to men. Right now, I am doing bigger and harder stuff than the man next to me.
As a woman, I want to be successful, so I put in extra effort in what I do. I don’t understand why someone will try to embarrass or harass me because of my s*x, telling me that I am a woman and I shouldn’t do this or that. I am a woman and I believe in gender equality.
Are you giving love another chance?
No. I don’t even know what love is. I don’t even know if love is real. I can feel it but I don’t know if it is real.
Are you saying you are done with love?
I’m better now. Believe me, I’m at a better place than I was some years ago. I was numb for a long time but I am healing gradually. I am not fully healed, but I’m healing because the experience was bad. I’m not somebody that talks too much about my downfalls and failures. But right now, I’m scared; I’m very scared.
Was there an abuse in the relationship?
You know, I wasn’t married. I was just engaged but the media attacked me as a married woman. But in the relationship I had there was no abuse. Well, there would have been abuse because there are different kinds of abuse like I do say, but it doesn’t have to be physical. If I am allowed to say that lying and deceit are a form of abuse then I will tag it psychological abuse. He was messing with my head; all the depression that came with it makes it an abuse. So yes, I think he was probably abusive because I wasn’t concentrating, I didn’t know what I was doing.
What was the breaking point?
The breaking point would be when I found out that he was never going to be different from who he was. He was not ready to make amends. Of course, I knew about his flaws despite the fact that he was lying to cover up some things. But I was ready to patch things up with him if he was ready to change. You see, I have worked so hard and I didn’t want to go down. I knew this because I was strong. I could push but he wasn’t ready.
Do you think marriage completes a woman?
No, I don’t think marriage completes a woman.
Is marriage an achievement?
Marriage is just companionship. It is when you feel lonely and you have somebody around who understands you.
Many Nigerian women see marriage as a trophy they should carry around. What is your take on this?
I don’t see it as a trophy. I think it is more about bonding, understanding and sharing moments with someone you love. Probably, I can say having and raising good kids can be more of a woman’s trophy. I think by having children you are bringing something to the world, that’s more like it.
What are you looking for in a man?
A man that loves me should support what I am doing. I am not materialistic, I just need a strong base and I need someone who can push me to achieve my dreams. Let’s push each other, and don’t just throw me out there and you are moving, because I want to move too. You are a man, I want to be successful and you want to be successful too, so let us be successful together. I need a partner, not an authority.