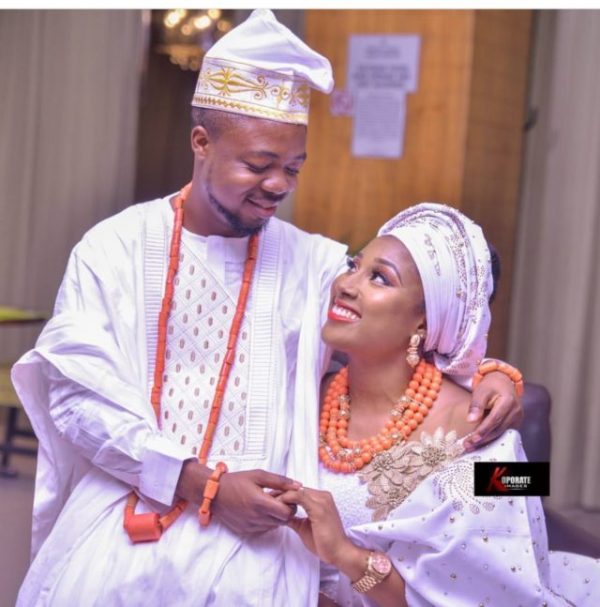 Ever wondered who the brains are behind some of the hit songs in Nigeria?, just think about it for a second, well one of those behind the scenes guy, the unsung hero of some wonderful hits by the name Folorunso Busayo Philips, just tied the knots recently.

Fliptyce, as he is popularly called in the Nigerian music industry is a producer that has worked with several top artistes in Nigeria. He is credited for producing  P-Square‘s hit song “Chop My Money” featuring Akon.

The producer finally said ‘I Do’ to his sweetheart Halima Bello Osagie in a very classy event in Benin, Edo State.

Check out some really lovely pictures of the couple;