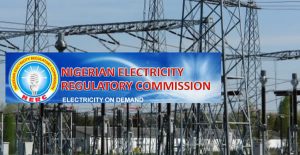 The Nigerian Electricity Regulatory Commission is considering a request by one of the existing 11 power distribution companies to increase the penalty for electricity theft from N50,000 to N200,000.

This is coming as the commission has said the indebtedness of Discos is a major reason why they often reject part of electricity allocated to them by the Transmission Company of Nigeria.

According to NERC, most Discos were heavily indebted to the Nigerian Bulk Electricity Trading Company Plc, a development that has adversely affected the sector.

The two issues were contained in the latest minutes of the 17th power sector stakeholders meeting, which was the most recent meeting of operators in the industry.

The document obtained by our correspondent in Abuja on Friday showed that NERC had agreed to look into the request to increase the amount to be paid in fines for electricity theft from N50,000 to N200,000.

An official of Jos Disco also reportedly told the gathering that the firm’s collaboration with the Department of State Services and other security agencies had paid off as electricity theft in Plateau State had drastically reduced.

The official noted that over 200 high profile culprits, including corporate organisations and individuals had been identified and punished in accordingly, adding that the electricity thieves were made to pay the sum of N50,000 as penalty before being reconnected.

The minutes stated that the official “appealed that the penalty be increased to N200,000 to curb the menace of energy theft and noted that plans were underway to extend the initiative to other states within its franchise area.

“NERC agreed that the N50,000 penalty was not enough and promised to look into the matter and report back in the coming week,” the document stated.

A senior official of NERC also reportedly told participants at the gathering that the indebtedness of Discos and network capacity issues were some of the reasons why the power distributors often rejected electricity load allocated to them.

The document stated that the official “highlighted factors that affect the Discos’ ability to off-take more load.

“He (the NERC official) noted that capacity issues on 33/11kV networks and the impact of unpaid balances on the Discos balance sheets were some of the major causes of unutilised power.”

Power distribution companies often reject electricity load sent to them by the TCN despite the poor supply of electricity across the country.

For instance, in March this year, the rejection of electricity by some power distribution companies led to the collapse of about six turbines located in various power plants across the country.

Although the collapse at the time was temporary in some of the turbines, findings showed that the refusal of power load allocation by Discos resulted in unfavourable high frequency in the national power grid.

This development also made the transmission company to ask power generation firms to reduce the quantum of the electricity they were generating during that period.

The commission’s representative at the meeting also stated that NERC would engage NBET to find ways by which the Discos could draw more than their Multi Year Tariff Order allocations whenever unutilised power was available on the grid for their customers or eligible customers.

NERC, according to the minutes, also recommended that the TCN should make appropriate investment in its networks in order to address capacity challenges contributing to load rejection by Discos.