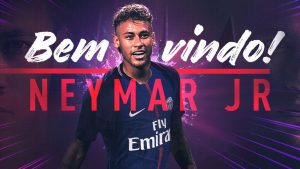 Brazilian international, Neymar will be lined up for Paris Saint-Germain ( PSG ) for the first time since his mind-boggling 222 million euro ($261 million) move from Barcelona.

“He’s been working well and we looked hard at tactics and free-kicks. We all want him in the starting eleven, he’s a player we need in the group.”

Even Guingamp coach Antoine Kombouaré, himself a former PSG boss, wants Neymar to play despite the potential for destruction at the feet of the Brazilian superstar.

“I want the fans to come Sunday to see Guingamp win… preferably against a side with Neymar in it.

It will be a major culture shock for Neymar in a town which has a population of just 7,000 and is best known for its annual Breton dance showcase, the Saint Loup Festival which draws visitors from around the world.

However, that’s not to say that Guingamp do not have football pedigree.

They were French Cup winners in 2009 and 2014 and last season beat PSG 2-1 in the corresponding league fixture, the capital city club’s second defeat in four visits to Guingamp since their hosts were promoted in 2013.

Furthermore, former Chelsea and Ivory Coast star Didier Drogba spent a season at the club in 2002/2003.

“We could have filled a stadium of 40,000 seats with no problem at all,” said Guingamp president Bertrand Desplat whose club budget is an eighth of what PSG paid for Neymar.

“Remember the star of the show is going to be Neymar and for us we want to welcome this very special player and his team in the best conditions possible.”