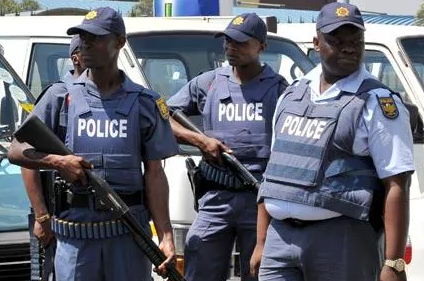 The Nigerian community in South African has accused the South African police of strangling a Nigerian man identified as Uchenna Eloh, to death on Wednesday, August 16th.

According to Nigerians residing in the country, Uchenna who is an indigene of Eziagu local government area in Enugu state, was accosted by the police officers and arrested on grounds that he had swallowed hard drugs. The police officers reportedly held the deceased on the neck and legs as they attempted to force him to vomit the substance he had allegedly swallowed.

The deceased in the process began to foam and then died of suffocation.

The Nigerian community is demanding an investigation into the matter and for the police officers to be brought to book. They called on the Federal government to swiftly intervene before the matter is swept under the carpet.