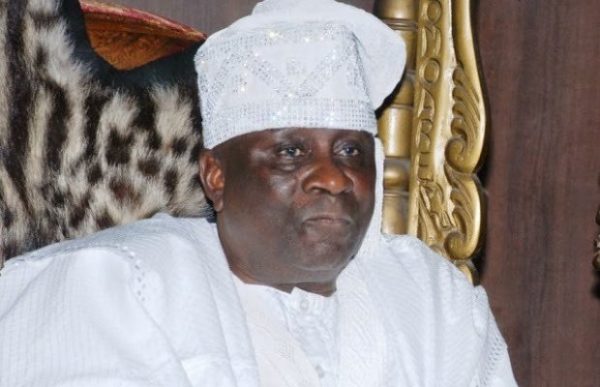 The Oba of Lagos, Oba Rilwan Akiolu, has slammed President Muhammadu Buhari blaming him for the depression and gap in the operations of the Nigeria Police Force.

According to Akiolu,who is a retired Assistant Inspector-General of Police, the military government under Muhammadu Buhari between 1983 and 1985 was not committed to the funding of the police.

The monarch, made this known on Friday, August 4, 2017 at a seminar organised by the Inspector General of Police, Ibrahim Idris, in Lagos.

“The military killed the efficiency and effectiveness of the Nigeria Police Force. The problem of the police started with Buhari in 1984 when he was Head of State.

They said (Sunday) Adewusi wanted to take over the government. I explained to them that it was not possible at all.

“There was a meeting sometime ago in Abuja where all of us were summoned. I was very happy when Buhari told us that 10,000 policemen would be recruited for efficiency and effectiveness of the Nigeria Police Force.”

Akiolu further said he also advised ex-Head of State, Gen. Abdulsalam Abubakar, in 1997 on the need to create sufficient police stations on expressways to tackle highway robberies but his suggestion was rebuffed.

“What he (Abubakar) told me was that ‘Commissioner, do you want me to commit all the resources of the government to the police alone?’”

Akiolu, however, charged Buhari to address the challenges hindering the effectiveness of the police “now that he has come back as a democrat.”