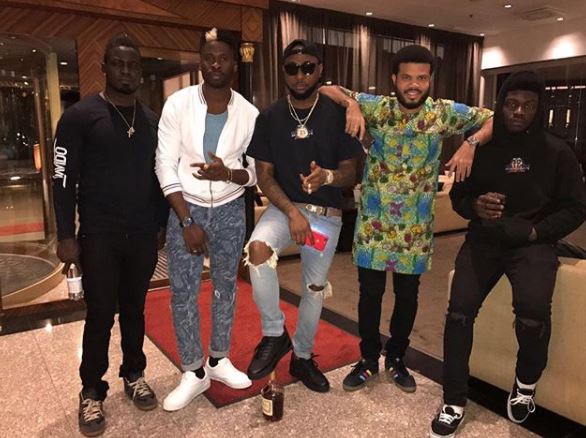 It indeed is balling season for the singer though and that balling extends to his crew, who he usually refer to as his family – the Pere crooner just defined friendship as he purchased gold chains worth up to a million dollars for his crew.

He spent that much that he even got an honorary poster of himself on the wall of the merchant – taking to his most used social media platform, SnapChat, the singer shared photos of the expensive pieces.

The chains have the inscription “30 billion gang” is one similar to the one he got few weeks ago for himself, only difference is his is diamond encrusted.