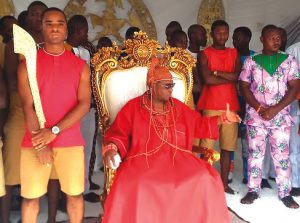 The Oba of Benin, Oba Ewuare II, has called on security agencies to conduct proper investigation into the killing of some worshippers at St. Philip’s Catholic Church, Ozubulu, Anambra State.

Oba Ewuare made this known on Saturday in a statement by his Chief Press Secretary, Mr. Desmond Agbama.

The monarch condoled with the Anambra State Government, the Catholic family and the people of the state over the loss of lives during the attack.

He also condemned the attack, describing it as a dastardly act and a national tragedy.

The Oba, however, prayed that God would grant the families of the deceased the fortitude to bear the great loss and that “such a calamity will never again befall our nation or community.”