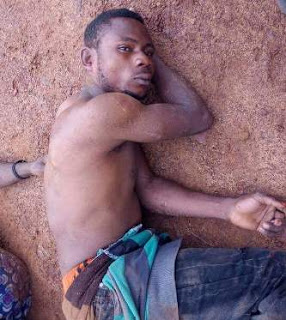 The Enugu state command of the Nigeria Police Force in its renewed onslaught against the daredevil criminals terrorizing members of the public, intercepted a four-man robbery gang in the early hours of Monday, July 31.

Operatives of the TransEkulu Division of the Police Command encountered the suspected hoodlums after receiving a distress call in which they responded swiftly.

It was gathered that suspects, armed with a pump Action Riffle had invaded a house at Onuakpa street Transekulu where they allegedly robbed occupants of their valuables.

They were about abducting one of the occupants of the house, a 76 year old woman identified as Mercy Chijioke in her own car before the operatives arrived. 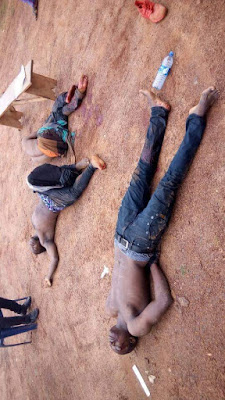 In the ensuing gun battle, one of the suspects was gunned down and later confirmed dead while others were fatally injured and arrested.