Home News Feed Popular Nollywood Actor Dies | Photos
Facebook
Twitter
WhatsApp
The Nigerian film industry has been thrown into a state of mourning following the demise of a veteran actor who has been battling health issues for a long time. 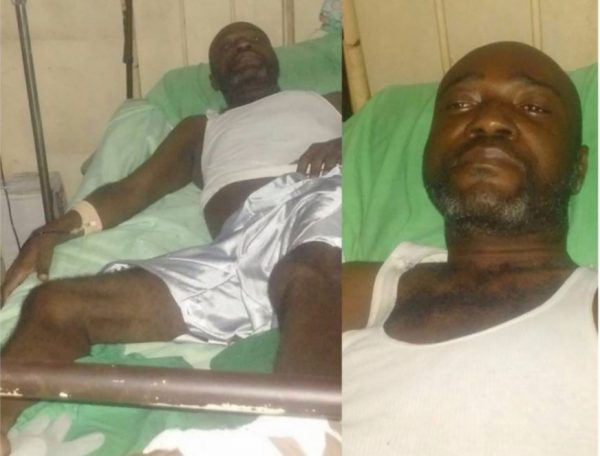 Nollywood actor, Obi Madubogwo who has been battling with chronic diabetic sore for some time now has finally lost the battle to death.
He died Monday evening, after he developed fever and was rushed to the hospital where had complications and later gave up the ghost.
Confirming Madubogwo’s demise on the film makers’ platform on WhatsApp called Film4Life Monday evening, veteran producer, Chidi Nwokeabia wrote, “Obi is dead, We just spoke to the wife. He developed fever yesterday, went to the hospital this morning, had complications and died. The family will be taking the corpse home tomorrow.”
Also, the newly elected president of the Actors Guild of Nigeria, AGN, Mr. Emeka Rollas confirmed the news of his death to Vanguard, saying “It’s sad that after receiving Oni’s congratulatory message on the telephone, he didn’t live to see me face to face and thereafter meet the reforms we are about bringing to AGN with this new excos.”
“Obi was part of this dream to see that I become the President of the Guild. Last year, I Chaired the event organized by his Saving Life for Africa Diabetes Foundation. We talked about how I would use AGN to help drive his foundation if become president of the guild. This is another sad day for Nollywood. May his soul rest in peace, ”he reacted.
Madubogwo, who was known for his role as ‘King of Musanga’ was formerly on admission at the Federal Medical Centre, FMC, Ebute Meta, Yaba, Lagos State.
The actor was known for his lead roles in movies such as ‘Passion of my blood’, ‘Mothers-in-Law’, The Kinfg of Musanga’ amongst others.