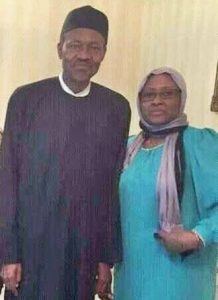 According to reports from  Aso Rock, President Muhammadu Buhari is set to return from the United Kingdom soon,  as State House staff have been put on standby.

Daily Trust learnt that some family members of the president and his wife’s security aides arrived Abuja yesterday.

An aide to the wife of the president hinted that Mrs Aisha Buhari might also return to Nigeria Wednesday.

President Buhari has been in the United Kingdom since May 7 undergoing treatment for an undisclosed ailment.

Mrs Buhari’s aide said: “The information just reached me now from the wife of the president, that everything is set for the return of Mr President to Nigeria. Already, some of the president’s family members and security aides of madam (Aisha Buhari) have just returned from London.

“The wife of the president may either leave London on Wednesday or decide to come home with the president anytime soon. We have been told to be on standby because Mr President is returning any time soon this week.”

Some staff of the State House, including security operatives, also said they got a directive yesterday, asking them to be on standby for the president’s return.

The staff, who spoke to our correspondent on the condition of anonymity, however added that the directive did not contain any specific date for the president’s return.

“We were only instructed to be ready for the return of the president at any moment. No specific date has been mentioned to us,” one of the staff said.

Presidential spokesman, Femi Adesina, had last Tuesday quoted Buhari to have told the president of Guinea, Alpha Conde that he was making good progress and that he would return to his duties as soon as doctors advise.

Yesterday, the Senior Special Assistant to the President on Media and Publicity, Garba Shehu, said Buhari received a goodwill message from the Christian Association of Nigeria (CAN).

Shehu, in a statement, quoted the CAN President, Rev Samson Ayokunle, as describing the news of Buhari’s recovery as “a rejuvenation of hope” and congratulating Nigerians “on the joy of having their president back soon.”

Shehu said: “Such messages of goodwill from respected religious bodies like CAN meant so much at a time, when people with ill intentions were struggling to divide the country along religious lines. He also thanked the CAN for its continued prayers for the President’s health.

“The Presidency looks forward to further collaborations with CAN to ensure that Nigerians of all ethnic and religious groups benefit from the policies of the President Buhari administration which are aimed at improving the welfare of every single citizen of our great country.”