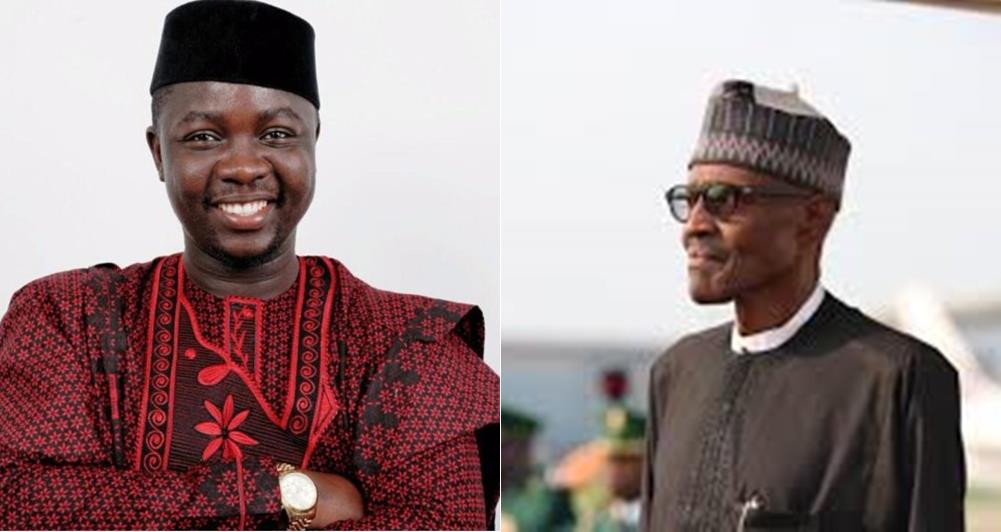 The talented comedian took to IG to highlight part of the president’s early morning speech which he found wrong.

He penned a lengthy post alongside the quotes writing:

I am one of those who waited for the President’s speech and if I say I am not disappointed at some part of his speech will be an act of hypocrisy. It goes without saying that the first quote up there by the President is a reference to Nnamdi Kanu and his people and the term, irresponsible elements shows serious condemnation with a follow up reference to Late Chief Ojukwu’s visit to him.

However the second and third quotes that should address the AREWA YOUTHS by Mr. President is a twist and not an outright condemnation. This is a big GOOF from the President and can be likened to President Trump infamous line that got the America media houses ranting for days unend. The line, I rephase, there are good people on both side.

The President goofed big time on that one and he needs to do better. If the BIAFRAS are irresponsible then same goes to the AREWA YOUTHS. He should condemn them in totality and stop rubbing their egos. What legitimate concerns that are not good for both?

Mr. Kogi State Governor who declared public holiday for the Presidential return has displayed an equal act of irresponsibility as I am trying to avoid the use of the word stupidity. What is it that he is celebrating? Some people are just outrightly annoying. Unfortunately, the lazy ones in Kogi are celebrating another lazy day. Just a piece of my mind.