Home News Feed Read How Man Fathers 102 Children
Facebook
Twitter
WhatsApp
A man has been found out to have fathered as many as 102 children after allegedly ignoring some rules to donate sperm at many clinics. 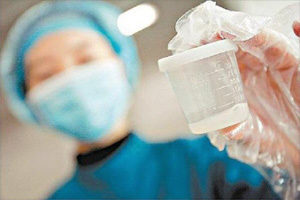 According to a Metro UK report, a sperm donor is believed to have fathered 102 children after ignoring rules to donate at 11 separate clinics.
It’s believed several single mothers warned the authorities of a sperm donor who gave his sperm against the rules at several fertility clinics.
Whoever donates sperm signs a contract not to donate at different clinics, although this is not checked nor enforced.
The authorities found out the man in question, who has not been named due to privacy laws.
The donor of the 102 children was tracked down and told a Dutch daily that his motive ‘was not to have as many children as possible’.
He said: ‘I just like to do it and to make people happy. It makes me feel helpful. The gratitude of doctors and prospective parents is great.’
The man said: ‘Clinics are already happy if they have a donor who passes the screening.’ He said that his sperm was ‘often immediately used’.
An investigation has been launched in the Netherlands after an analysis of the Artificial Insemination Data Foundation, which oversees the data of sperm donors, and the Dutch Ministry of Public Health warned that oversight is lacking in fertility clinics.
Another man was also caught having donated his sperm to multiple clinics, but he had fathered only two children.
By law, a sperm donor in the Netherlands is only allowed to sire 25 children to limit the chance that conceived children could later end up in a relationship not knowing they are half-siblings.
The Dutch association of gynaecologists (NVOG) called sperm clinics to immediately stop using the sperm of the two men.
Both men even offered their sperm outside of clinics on the internet and through personal contacts as well.
Earlier this year, another scandal broke out around the head of a fertility clinic, with a DNA test proving that he illegally used his own sperm to father at least 19 children with unsuspecting women.
Controversial sperm doctor Jan Karbaat, who operated the MC Blijdorp fertility clinic in the town of Barendrecht, near Rotterdam, used his own sperm in 19 cases instead of the prescribed sperm donor.
Karbaat died in April this year at the age of 89 and had denied for years that he had used his own sperm in the fertility clinic that he had operated since the 1980s.
The doctor always declined to cooperate with a DNA test. One of his children however did give a DNA sample to the databank.