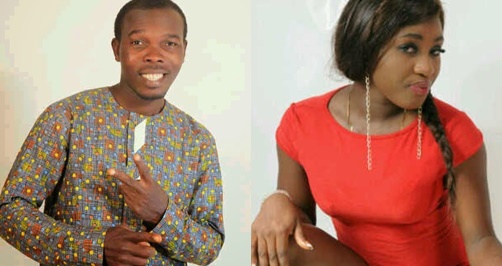 Nollywood actress, Ifeoluwa Olawale was recently rumoured to be in a romantic relationship with comedian actor, Tayo Amokade also known as Ijebu.

Ifeoluwa Olawale has come out to dismiss the rumuor.

In an interview with YMG, Miss Olawale said the married Nollywood actor actually proposed to her but she rejected it because she could not date someone in the industry.

I got into the industry through Kemi Korede before i later met Ijebu, I informed him that i wanted to join his caucus and he never denied me the priviledge to join. Through him, i started going to locations. He later advised me to produce a movie which will help my career which i did and that is how i became a producer.

He proposed to me when i was a fresher but i rejected because i don’t like dating my boss or keeping a relationship with anyone in the industry.

The reason is that my parents did not want me to act because of the impressions they have about actors.

They believe we always mess around especially with one another and i promised to be exceptional. I like him for his kind of person and his creativity but i cannot date him.