Security Guard Arraigned For Sleeping On Duty In Nasarawa 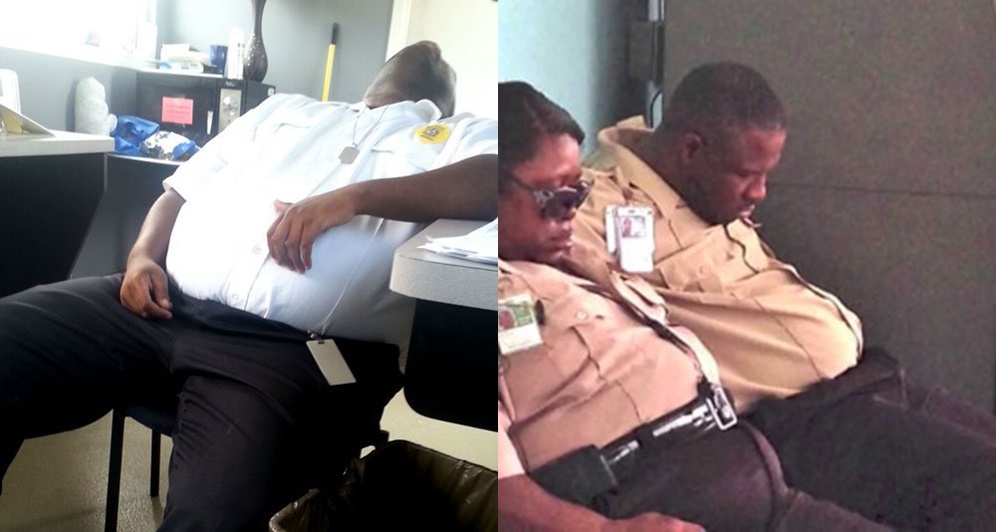 A security guard, Daniel Alamudu has been arraigned before a court in Nasarawa for allegedly sleeping on duty .

According to PUNCH, Alamudu was said to be fast asleep when hoodlums broke into the hotel he was guarding and stole some items.

The Prosecutor, Mrs Helen Ashasim, told the court that one David Aja of Wuse II reported the matter at the Maitama Police Station on Aug. 21.

She said that the defendant was employed as security guard at Commodore Hotel in Wuse II.

Aghasim said that the complainant, who is also the hotel’s manager, told police that the defendant slept off and allowed hoodlums to steal in the hotel while he was on duty.

“While asleep the defendant failed to man the gate and allowed unhindered access for unknown persons to gain access to the kitchen of the hotel and make away with two television sets and other valuable items.’’

The prosecutor said that during police investigation, the defendant could not give satisfactory explanation on the incident.

She said that the defendant only told police that he was asleep and did not know what happened because he was asleep.

She said the offence was punishable under Section 196 of the Penal Code.

The Judge, Mr Hassan Ishaq, granted the accused bail in the sum of N200, 000 with a reasonable surety in like sum.

He adjourned the case until Oct. 21 for hearing.