Home News Feed See What Nigeria Plans To Do With Electric Cars Next Year
Facebook
Twitter
WhatsApp
Malik Ado-Ibrahim, who was the first African to lead the Formula 1 Team global race car competition in 1999, has revealed plans for his automobile company to introduce electric cars into Nigerian market in 2018. 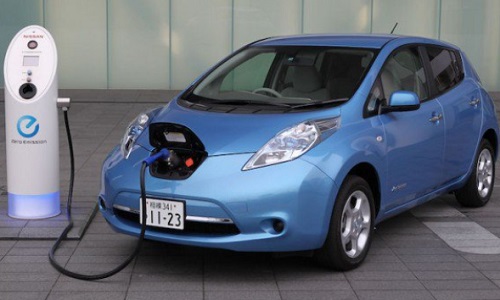 Nigus Enfinity, an indigenous firm, says it will introduce electric vehicles into the Nigerian automobile market in 2018 and that its local assembly plant for electric vehicles will be ready in 2020.
Malik Ado-Ibrahim, chairman of the company, made this known to journalists in an interactive session which held in Abuja on Thursday.
Ado-Ibrahim said several countries across the world have set targets for the ban of petrol-fuelled vehicles with India targeting 2030, and the United Kingdom, 2040.
He said Nigeria and Africa need to look inward to be at the fore of the automotive revolution or risk becoming waste bin for banned vehicles from other countries.
Ado-Ibrahim, who was the first African to lead the Formula 1 Team global race car competition in 1999, said his firm is already building a 100 megawatts (mw) solar power plant in Katsina and another in Adamawa state.
According to him, the company has also partnered with Build Your Dreams, a Chinese firm, to import electric vehicles at affordable costs from 2018.
“We are also working with BYD to get a local brand and start an electric vehicle assembly plant for Nigeria from 2020. Gradually we will move to an EV with the African DNA starting in Nigeria,” he said.
Recall that TORI News had reported some weeks ago that Elon Musk, CEO and co-founder of Tesla, unveiled the world’s cheapest fully electric car, Tesla Model 3 which cost $35,000 (N11,033,750 at official rate) for the standard version, while the long range version goes for $44,000.