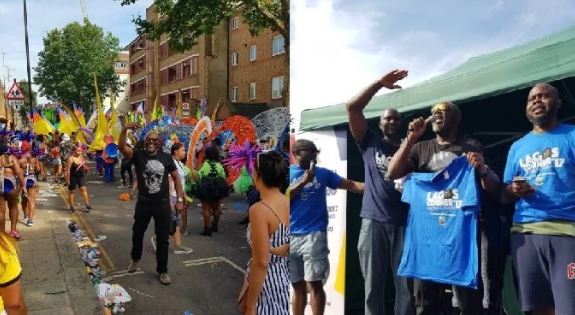 While we were celebrating Senator Dino Melaye’s success as a fast rising multi talented singer yesterday following gist on Instagram and blogs about Senator Dino Melaye getting a gig at the Notting Hill Carnival in London, there was more behind it.

Everything didn’t go quite well for the music sensation as he got booed.

Recall, Senator Melaye had earlier shared photos of himself clowning around at the carnival and singing his mockery classic, Ajekun Iya on stage to partygoers at the Nigerian stand.

Well, what he failed to show us is the group of Nigerians who would not have him sell them propaganda. They scoffed at him and threw their middle fingers in the air as he tried to pass a message about extending the carnival to Lagos.