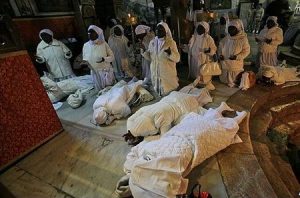 Five Nigerian pilgrims who went to this year’s hajj in Makkah, Saudi Arabia, have died, this was confirmed by the Chairman of the National Hajj Commission of Nigeria, NAHCON, Abdullahi Mohammed.

Mr. Mohammed, who spoke at the 2017 pre-Arafat meeting with Hajj stakeholders, however, declined to disclosed the identities of the late pilgrims as well as the circumstances that led to their death.

He said such information could only be disclosed after their families had been appropriately informed. The NAHCON chair pleaded with the media to withhold the details so as not to further devastate the families of the affected pilgrims.