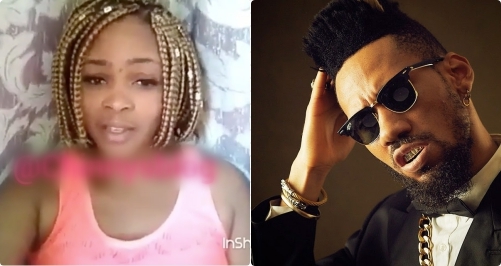 An Instagrammer has taken to social media to tender an apology to Phyno over claims that she mocked him some years ago.
From the video making rounds on social media, the young woman said the then-aspiring singer approached her with his dreams and aspirations and she rebuffed him. He allegedly shared his songs with her, made small talks, but the young woman ridiculed him and his music before her friends who laughed at him.

“I was like, what’s this one singing. I was seeing it as one kind inferior thing,” the lady says in the blunt video, admitting how unfairly she treated him.

Now, Phyno is the King of the East, controls massive followership and has become a household name. Seeing his mindblowing success, the young woman realises she shouldn’t have refused his advances. She went on to chuck down her reaction to him as “small pikin’ symptoms, and now begs for his forgiveness.

“Phyno, I am very sorry. It’s small pikin that was doing me then. I am your nwadiana(distant relative). In fact, last time I saw your dad, I greeted him very well. Biko, gbahara zie. It’s small pikin mentality,” she said.

Her sincere video has stirred heated backlash from Phyno fans, with some insinuating that the rapper referenced this alleged rejection in his song.