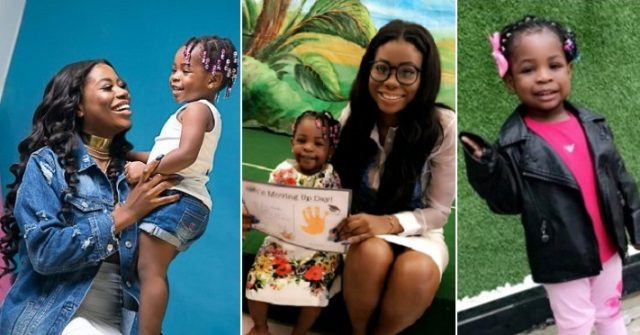 Last night, Sophia revealed some new character traits the toddler is displaying, which she never expected but grudgingly admitted is exactly the kind of person she, Sophia, is.

“I just watched my daughter ignore her aunty like she couldn’t hear her talking to her, then she rolled her eyes as her aunty walked away and smirked,” said the mum of one. “I’m shook. She’s me!

“I scolded her about it but I’m shook, impressed, worried, tickled,” she continued. “I just don’t know how to feel about this mini attitude girl.”

The note showed just how much the kid has grown ever since her parents’ nasty social media feud.

Share
Facebook
Twitter
WhatsApp
Previous articleSee this Mum’s Facial Expression As Her Son Kissed The Bride At The Altar
Next articleAww! 9ice shares cute photo with his twin daughters
- Advertisement -