A teenage girl and others were crushed to death by an impatient truck driver at Akpajo axis of the East-West road in Eleme Local Government Area of Rivers State.

A teenage girl and two others have been crushed to death at the Akpajo axis of the East-West road in Eleme Local Government Area of Rivers State.

According to Fyneface Fyneface who shared the graphic photos on social media, the accident was caused as a result of the deplorable state of the raod in the area.

The girl and another man was crushed by the trailer in the area.The Ukuru-Aleto Bridge on the same road collapsed recently, making it almost impassable.

HAPPENED NOW! The deplorable state of East-West Road by Akpajo, collapsed bridge & attendant traffic jam had claimed 2 lives (New eyewitness report from another of my reporter, Nornubari Kote say another one person had been killed again by truck). 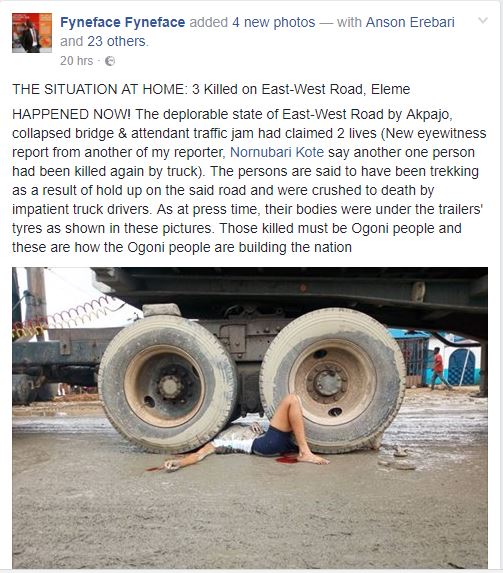 The persons are said to have been trekking as a result of hold up on the said road and were crushed to death by impatient truck drivers.

As at press time, their bodies were under the trailers’ tyres as shown in these pictures. Those killed must be Ogoni people and these are how the Ogoni people are building the nation.” 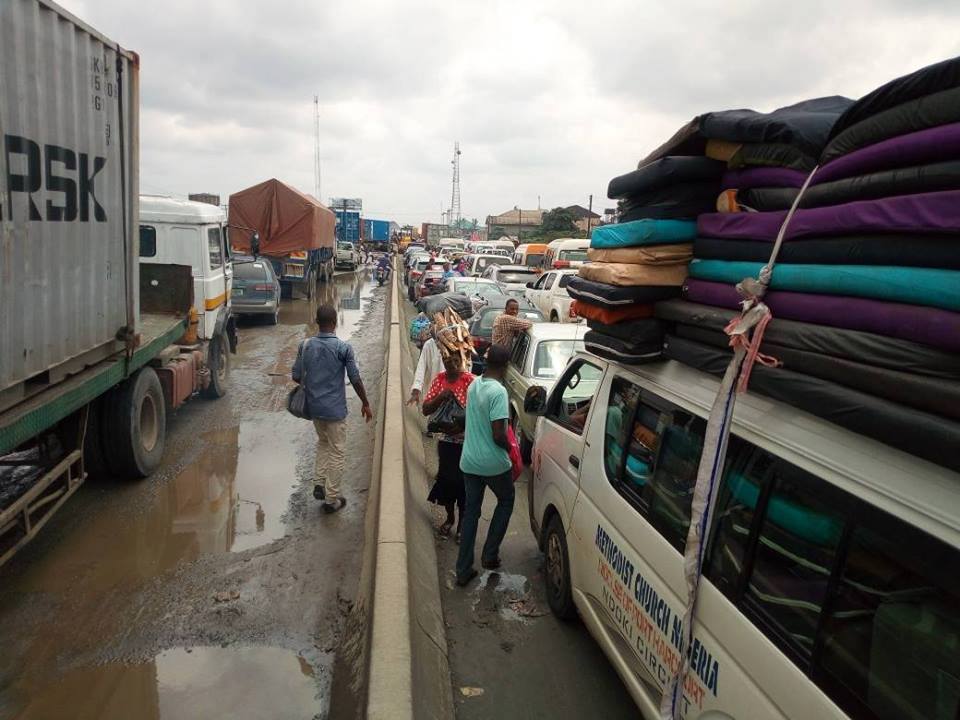 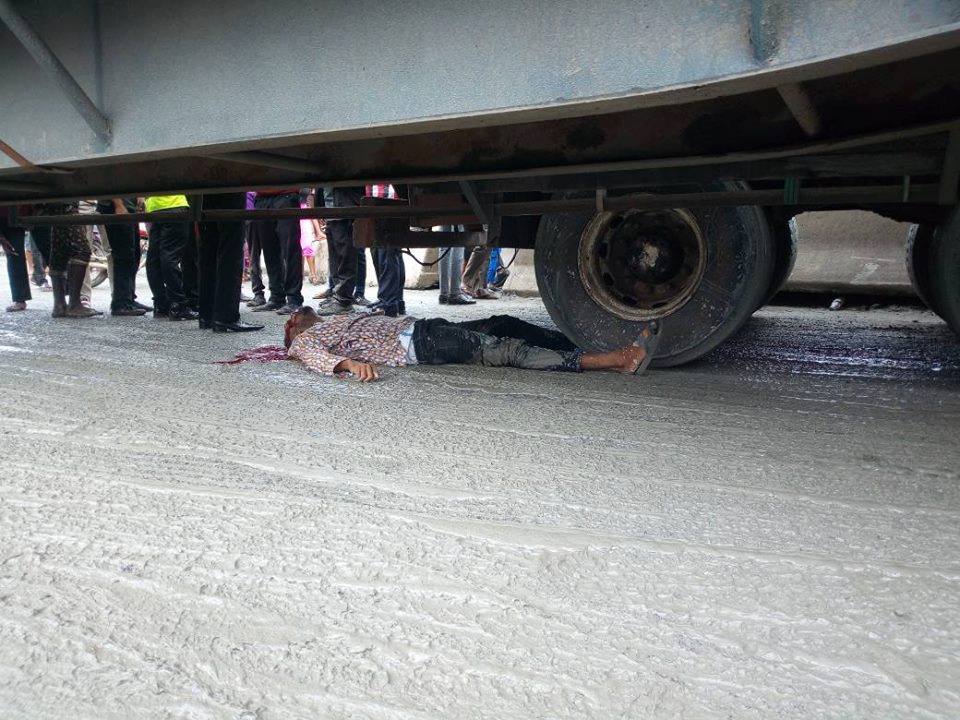