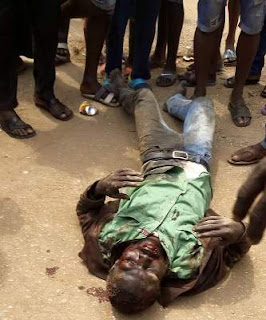 A suspected kidnapper was beaten to death by an angry mob at Brown Street, in Akinpelu, Oshodi area of Lagos State on Tuesday, for llegedly attempting to kidnap three children.

It was gathered that the suspect allegedly kidnapped three children who were returning from their holiday coaching. According to eyewitnesses, the alleged kidnapper was caught with a Ghana must go bag, which he was struggling with along Salami Street.

This prompted suspicious residents to question him, and to their surprise, they discovered three children inside the bag.

The abducted children were said to have lost their voices due to suffocation as they barely struggled to stay alive until they were rescued.

Sources told The Guardian that before the suspect was lynched, he alleged to be a Further Mathematics teacher from one Odeogberin International Nursery and Primary School at Owoseni Street, Oshodi but when he was taken to the school, the headmaster said he was not a teacher and had never seen him before.

A resident, who simply identified herself as Omotoke, said area boys took the kidnapper around and asked for his identity but when no one recognized him, they stripped him of his clothes.

“When they opened his bag, two of the children appeared to have died while one was still breathing. At the sight of the lifeless bodies, the angry mob beat him until he died,” she said. 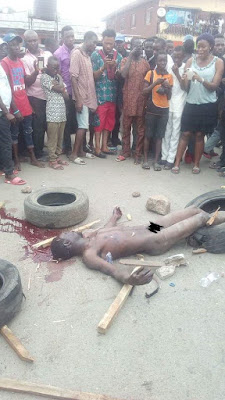 The Akinpelu police station, the Divisional Police Officer (DPO) noted that the suspect’s body has been deposited in mortuary.

Confirming the incident, Spokesperson for the Lagos State Police Command, ASP Olarinde Famous-Cole, told newsmen that the case is that of jungle justice.

“The information I received from the DPO is that someone was lynched by a mob for attempting to kidnap two babies. The DPO has been waiting for anyone to come and report attempted kidnap of his or her babies, but as we speak no one has shown up. Before our police officers could get to scene, the suspect was killed.

“Our officers took the body of the suspect to the hospital and arrested some persons who were at the scene when the incident happened in order to aid our investigation.” 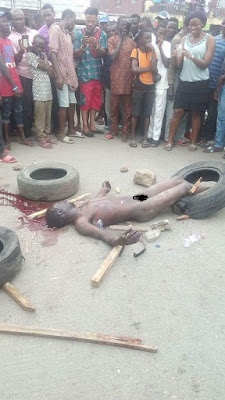 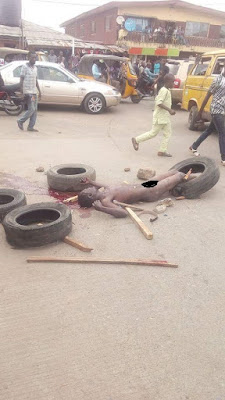 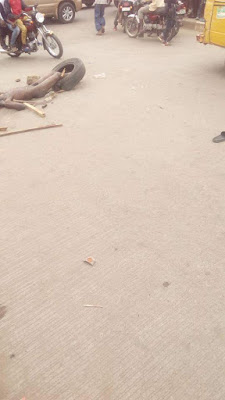 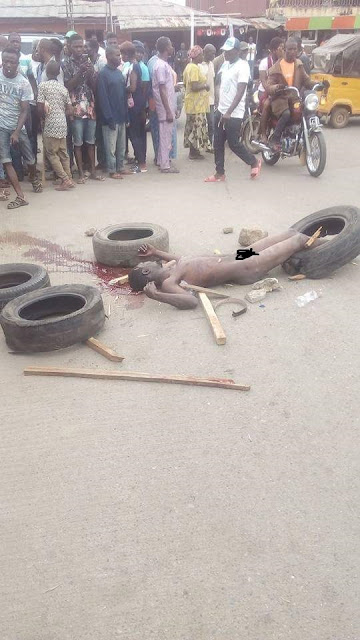