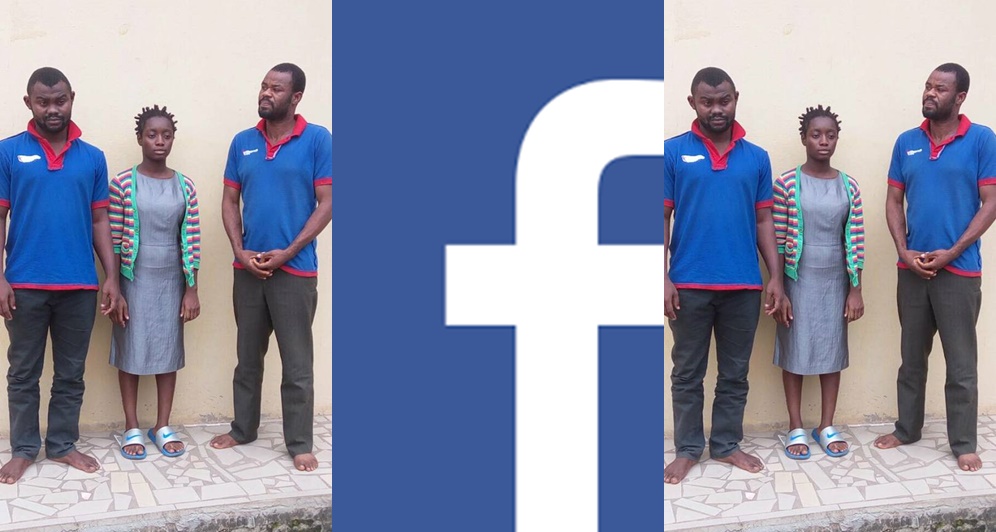 The Imo state Police Command has arrested three facebook fraudsters for allegedly using the social media platform to defraud members of the public.

According to reports, the suspects, Nwokoma Ezekachi, Reuben Ogwuonye Ubongwung and Nwaeguzor Hope Miracle, used a fake facebook account to impersonate the Chief of Staff to Imo state Governor, Chief Uche Nwosu and and uploaded pictures of his states’ functions for the aim of defrauding unsuspecting individuals of huge sums of money.

According to Police Public Relations Officer in the state, DSP Andrew Enwerem, gave the details of the account used by the fraudsters in duping their victims::

It was also revealed that the suspects posted transactions relating to allocation for lands, award of contracts, fertilizer distribution and employment opportunities and used that medium to defraud unsuspecting members of the public who had a conviction that they were dealing with the real Chief of Staff.
Share
Facebook
Twitter
WhatsApp
Previous articleSaudi police detain 14-year-old after viral Macarena video
Next articleRukky Sanda release stunning photos as she turns 33 today
- Advertisement -