Home Entertainment Toyo Baby Reveals How She Was Brainwashed Into Losing Her Virginity To...
Facebook
Twitter
WhatsApp 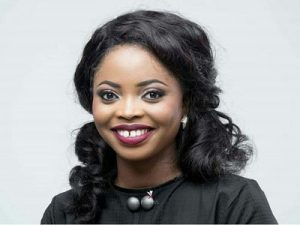 Before we go to the story, is 22 not too young to be writing an autobiography, especially about success? Shouldn’t you give yourself time to grow and achieve more? Anyway, to the story.

Olayode Juliana, popularly known as ‘Toyo Baby’ from Funke Akindele-Bello’s popular Television comic series, Jenifa’s Diaries, has released her auobiography – ‘Rebirth From Grass to Grace’, and she spilled good, bad and ugly secrets from her life.

Juliana, who turned 22-years-old back in June 2017, revealed that she lost her virginity when she was 17-year-old to her married music teacher, who brainwashed her with the promise of marriage. The actress said it happened in a cheap hotel room and was a painful experience. She shed tears during the encounter and he kept pleading with her to lower her voice in order not to attract unwanted attraction. The deed indeed happened, and she became even more emotional after finding out later on that she didn’t bleed when she was deflowered.

Going further, Juliana revealed that her pastor also sexually abused her. This happened in the Church office after he claimed God informed him that she needed a spiritual bath in his office, which he described as a place that had been supernaturally made a spiritual bathroom. He anointed her head, and eyes, did the sign of the cross on her chest and wanted to touch her privates. She stopped him and wanted to do it herself. To cut the long story short, she realized what he was planning to do, pulled herself out of the situation and walked away.

‘Toyo baby’ also revealed that she started menstruating on the 5th of April, 2010 while in Secondary School at Babs Fafunwa Millenium, Ojodu, Lagos, and panicked before someone explained it to her.

Juliana stated in the book that her role in the popular series; Jenifa’s Diaries made her popular not rich, and she hustled for ushering jobs just to make ends meet even though the series practically became her life. Sometimes fellow ushers at work with her made jest, wondering why such a popular person was doing the same job as they were. It was however a humiliating experience of not being paid after hard work that made her realize that it was time to stop.

Juliana, the head girl in her secondary school, also revealed that even though she passed jamb, she lost her admission to study Mass Communication at the University of Ibadan due to lack of funds to pay for her acceptance fee, tuition and other necessary payments.