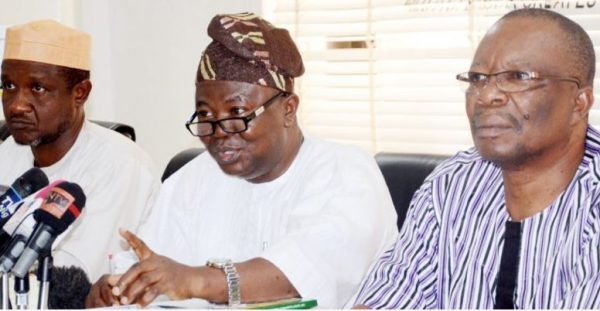 According to The Punch, there are strong indications that the Federal Executive Council will, at its meeting on Wednesday (today) decide on the demands of the Academic Staff Union of Universities.
The Minister of Labour and Employment, Dr. Chris Ngige, who gave this indication in an interview with journalists on Tuesday, said the university lecturers had deliberated on the offers made to them by the government at a meeting on August 17.
Also, the union, in a statement on Tuesday, said it would call off its strike after receiving a positive response to its demands from the Federal Government.
The lecturers boycotted a meeting which was scheduled to hold between the government and the union on Tuesday.
ASUU, on August 13, began a nationwide strike over the failure of the Federal Government to implement an agreement it reached with the union in 2009.
The union also alleged that the Federal Government did not implement the Memorandum of Understanding the two sides signed in 2013.
Based on the 2009 agreement, the demands of ASUU include funding for the revitalisation of public universities; payment of earned academic allowances; and the registration of the Nigerian Universities Pension Management Company and pension matters.
At the meeting on August 17, it was learnt the Federal Government offered to pay the union N23bn and carry out an audit of N30bn earlier given to the university lecturers.
It was also gathered that government rejected a request by ASUU that universities should be exempted from the Treasury Single Account, but agreed to set up an interest-bearing account for university endowments.
Ngige, in the interview with journalists explained why ASUU did not attend a meeting it was scheduled to hold with the government on Tuesday.
He said the union, in a letter dated August 28, stated that it had considered offers made by the government and made its counter-offer.
The minister said the Federal Government would deliberate on the union’s counter-offer.
“Tomorrow (today, Wednesday) is Federal Executive Council meeting and there are aspects that we will need FEC approval to go on with. Thereafter, we will meet with the ASUU team either tomorrow evening or Thursday morning, whichever will be more convenient,” Ngige added.
The labour minister explained that the government side was expected to discuss the ASUU’s counter-offer in order to hold a meeting with the lecturers’ body to resolve the areas of disagreement.
He stated, “The government, as you know, has made an offer to ASUU through the ministry of education and late yesterday (Monday) ASUU got back to us with their counter-offer.
“By then, this meeting had been scheduled and the government side needed to deliberate on their counter-offer before we can have a reconciliation meeting to further discuss areas of disagreement. That is the position right now.
“We are holding a government side meeting, while the Minister of Education is also holding meeting and we will meet later today (Tuesday) and formalise our position.”