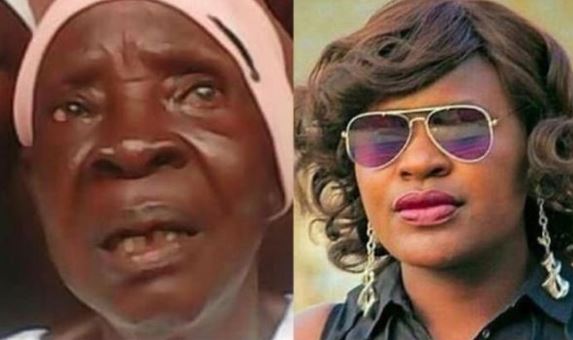 A Nollywood actress of South-western descent is currently mourning the demise of her grand mother, and she has linked the death to dark forces.

Popular Yoruba actress, Arike Akinyanju Best, is currently bereaved as she has just lost her loving grandmother who died at the age of 109 years.

Her grandma has really enjoyed life for her to have lived for such a long age but to her, she believes her grandma was killed by unknown witches and wizards.

Sharing the sad news, she alleges that her grandma was killed as there will never be a place for the witches and wizards who killed her grandma in her heaven.