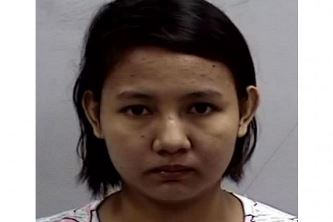 A 24-year-old Myanmar domestic helper in Singapore was so fed up with her employer’s mother-in-law nagging her every day that she decided to poison the  woman’s drink, hoping her behavior would get her sent back to her home in Myanmar.

However, Mya Thet Wai was on Monday, August 14, sentenced to five months in a Singapore prison.

According to The Straits Times, the victim, 65-year-old Toh Sew Keok, told a Singapore court on Monday that she had made a cereal drink for herself on the morning of April 6 and covered the drink with a lid before heading into another room to feed her infant granddaughter. When she returned to the kitchen, she took a sip and immediately spit it out and washed out her mouth.

When Toh Sew Keok asked Wai whether she had added something to the drink, the maid denied it. But when her employer came home to inspect the CCTV footage and called the police, Mya Thet Wai confessed to putting Dettol in the drink, saying she no longer wanted to work in that household.

Mya Thet Wai repeated her confession to the court on Monday and said she knew the mixture could harm the victim. She added that she was desperate to escape Toh Sew Keok’s nagging and hoped her employer would send her home over the ordeal.

After acknowledging her poor decision and pleading for leniency, the Singapore court sentenced her to five months in prison. Her crime carried a maximum sentence of up to 10 years in prison, plus the possibility of a fine.