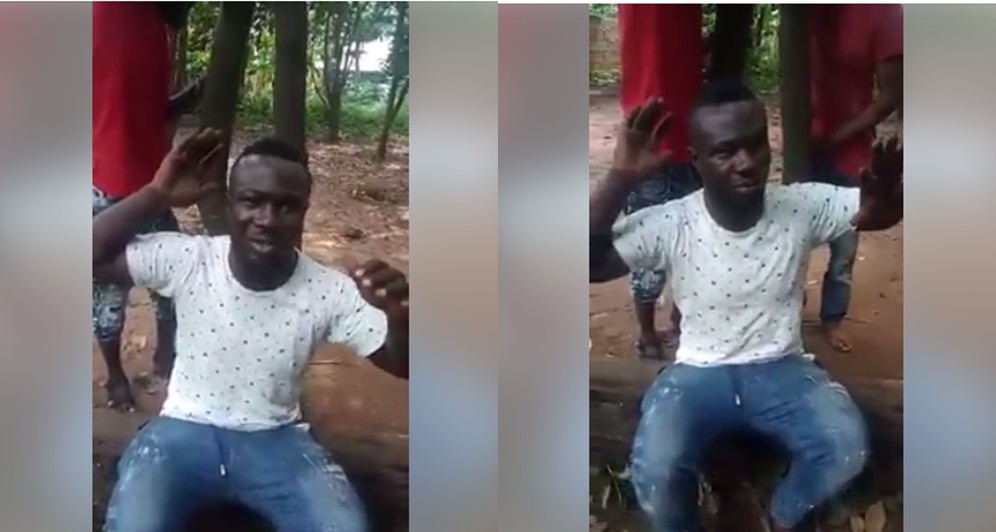 A Nigerian man identified as Junior Clement, was beaten up and disgraced after he was caught red-handed eating feces while doing the new ‘Yahoo plus’.

Clement who claimed to come from Warri in Delta state, revealed during his interrogation that he was instructed by native doctor to eat feces after which anything he tells his client will happen without delay.

He also revealed that the first one he did, didn’t work as he’s planning to bill another foreign client $55,000 (over N20 million).

Clement also disclosed that they were about four boys that visited the native doctor for the ‘juju’ and that the others have “made it”.