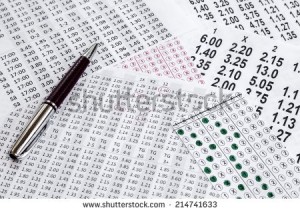 Four men employees of ‘Baba Ijebu,’ have been arraigned before a Lagos State Magistrate Court for allegedly stealing N210,620 they realized from sales belonging to their employer, Francis Adjei.

The accused were arrested by the Police at the Adeniji Adele Division, Lagos Island, Lagos and after the investigation by Sgt Nwideemua Tuanee and his team.

The accused persons were arraigned before an Igbosere Magistrate Court on a two-count charge of felony to wit. stealing.

Police Prosecutor, Kingsley Johnson informed the Court in charge No D/63/2017 that the accused persons committed the alleged offense at Ebute Ero and Jankara area of Lagos Island, Lagos.

Johnson told the court that the complainant reported to the police that he employed the accused persons as salesmen to sell tickets for customers at his business outlets on Lagos Island, but that after the accused persons sold his tickets, they converted the proceeds for their personal use instead of remitting the money into his account.

Johnson said that the offenses the accused persons committed were punishable under sections 287(7) of the criminal Laws of Lagos State, 2015.

All the accused pleaded not guilty to the allegations in the open Court when the charges were read to them and the presiding Magistrate, B.A. Sonuga granted them bail in the sum of N100,000 each with two sureties each in like sum.

Sonuga adjourned the case till 17 October 2017 and ordered that the defendants be remanded at the Ikoyi Prison, Lagos pending when they can fulfill their bail conditions.