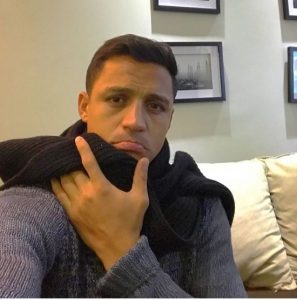 The bid for Manchester City to sign Arsenal forward Alexis Sanchez failed to see the light of day on deadline transfer day as the Gunners fail to  secure a replacement for the Chilean.

According to reports, the deal will only had materialised, if Arsenal got a replacement for Sanchez, the fee was £55m, plus £5m add-ons, but it depended on Arsenal replacing him.

Their target was Monaco winger Thomas Lemar, who is thought to have decided against a move.

BBC Sports reports that a fee in the region of £90m had reportedly been agreed between the Gunners and Monaco for the 21-year-old France international.

City are currently not prepared to resurrect a deal for Sanchez by offering a player in exchange or more money for a straight cash deal.

Barring a remarkable last-minute turn of events Sanchez, who wanted to join City to be reunited with his former Barcelona manager Pep Guardiola, will stay at Arsenal.

The Chilean is into  the final year of his contract and is likely to leave on a free transfer next summer.