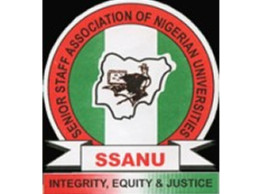 The Non-teaching staff of Nigerian Universities has decided to embark on indefinite strike from Monday, Sept. 11 over non-implementation of the 2009 agreement.

The unions are made up of the National Association of Academic Technologists (NAAT), Non-Academic Staff Union of Educational and Associated Institutions (NASU) and the Senior Staff Association of Nigerian Universities (SSANU).

This was made known in a statement jointly signed by Mr Sani Suleiman, Mr Chris Ani and Mr Samson Ugwoke, Presidents of NAAT, NASU and SSANU made this known in Abuja on Wednesday.

Ugokwe said that the Federal Government was taking the non-teaching staff of universities for granted as it had breached the implementation of agreement of 2009 and Memorandum of Understanding signed with JAC in January 2017.

He said the unions had waited for eight years for the government to implement the agreement it freely entered into with them.

According to him, eight years after the agreement, government has not been responsive to the demands of the unions and no action appears to have been taken on any of the issues.

“Our demands includes, the payment of earned allowances to our members, a review of the governance system in our universities.

“Improved funding in line with UNESCO recommendations, provisions of infrastructure in universities and payment of salary shortfall being owed members.

“Implementation of the National Industrial Court judgment on University staff schools, registration of NUPEMCO, implementation of CONTISS 14 and 15 for technologists, improvement of teaching and learning facilities in the universities.

“Stemming the tide of corruption in the university system, showing more commitment and seriousness in the renegotiation of the 2009 FGN/University unions agreement, among others,” he said.

He said that during the strike, there would be no provisions of services, no matter how skeletal.

He said that concessions would not be granted “while all our members are to stay at home till further notice unless as directed by JAC through their respective presidents.”

He, however, noted that the unions had engaged in various consultations and dialogues with government on the issues at stake and had written several letters and embarked on several protest to no avail.

Ugwoke said that several representations made by the unions had been ignored by the government.

“Rather than address the demands of the union as contained in the agreement, universities have continued to deteriorate.

“Also, poor governance system has become the order of the day and has brought the universities to their knees,” he said.

He also alleged that corruption had taken its toll on the university system, while infrastructure and facilities were nothing to write home about, among others.