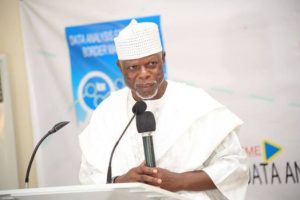 The customs area comptroller said this in a statement issued by the Public Relations Officer of the command, Uche Ejesieme, in Lagos on Thursday.

Mr. Bashar, who compared the amount to N156 billion the command generated in 2016, attributed the high revenue generated by the command to policies and plans aimed at blocking all areas of revenue leakages.

He said that the revenue for August stood at N28 billion, a development he described as the highest in the history of the command.

“But for the exclusion of 41 items from the Foreign Exchange window, the command could have doubled its revenue profile,’’ the controller said.

According to him, the command is becoming more thorough in its revenue drive, to the extent that all high-yielding revenue consignments are closely monitored to avoid circumvention of procedures.

The area comptroller said that the Customs headquarters expected so much from the command, assuring that the command would continue to develop adequate operational template and modalities capable of entrenching integrity in its operations.

Mr. Bashar said that all officers and men of the command had the compelling need to discharge their functions in line with the change mantra of the Comptroller-General of Customs, retired Col. Hameed Ali.

The controller said he would sustain and surpass the revenue target of the command in line with the expectations of the NCS management.

Mr. Bashar commended port stakeholders for complying with the fiscal policies of the Federal Government.

The controller urged port stakeholders yet to comply with the policies to toe the path of sanity through honest declaration.

He stressed that integrity, due diligence, honest declaration and transparency were key elements of Customs operations.

He also stressed the need for leadership skills and advised officers in charge of terminals and other senior officers to exhibit high moral standards.

The controller, who noted that high cargo traffic was usually expected at this period of the year, advised importers to desist from importing prohibited goods.

“All importers ought to be conversant with the external tariff, especially schedules 3 & 4,’’ he said.

Mr. Bashar urged patriotic Nigerians to oblige the command with credible information about illegal documentation, with promised that the identity of informants would be protected.