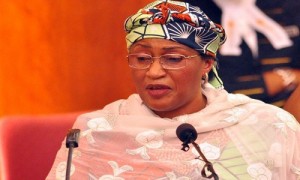 The official also criticised Mr. Abubakar, who recently said that he had been sidelined in party affairs.

The APC National Vice Chairman, North-west, Inuwa Abdulkadir, in a statement said he was not surprised by the statement noting that Mrs. Alhassan had never been a supporter of the president.

Mr. Abdulkadir’s statement aligns with that of the Governor of Kaduna State, Nasir El-Rufai, who also said yesterday that Mrs. Alhassan had never supported the ‘Buhari ideology.’