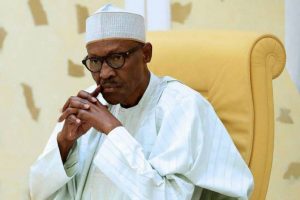 The Peoples Democratic Party has told Nigerians that President Buhari will have nothing to show to Nigerians as his achievement in 2019.

It, however, welcomed his reported decision to re-contest, saying the President and his party would be defeated at the poll.

National Publicity Secretary of the National Caretaker Committee of the  party, Prince Dayo Adeyeye, stated this in an interview with SUNDAY PUNCH.

He said, “We will defeat him because he has nothing to show. PDP will challenge him and his party in the election and the PDP will win on the account that he has not performed.

“The records are there for all to see. What would they use to campaign to Nigerians? Where are the projects? Nothing.”

The PDP also said the comment by Alhassan that she would abandon Buhari for Atiku in 2019 was an indication that the President had been adjudged to be incompetent.

It said if the minister who has been working with the President for the past two years could make such a pronouncement, then Nigerians should know that they have a president that doesn’t deserve a second term.