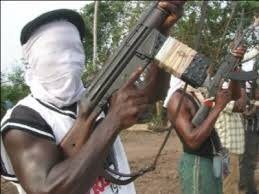 The Kaduna State Police Command on Sunday confirmed that a director with the Kaduna State Ministry of Education that was abducted by suspected kidnappers had regained his freedom.

The Command’s Public Relations Officer, ASP Muktar Aliyu made the confirmation in an interview in Kaduna.

He explained that the Director, who was released in the early hours of Sunday, had since reunited with his family.

He also disclosed that a nursing mother that was abducted along with the Director in the neighborhood, leaving her three-week-old baby, had also regained her freedom.

He, however, did not confirm whether ransom was paid or not.

“The command remained committed to fight crime and criminality to standstill where every citizen can move freely,“ he said.

The victim, John Gorah, was abducted at midnight on September 3, at his residence located in Mararaban Rido, Kaduna.

The kidnappers called the family and demanded for N40 million ransom.