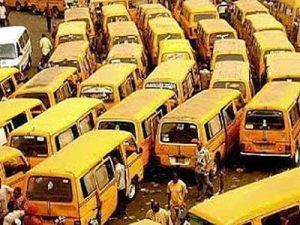 A full clampdown on danfo buses engaging in illegal activities at Ojuelegba and Ikeja under bridges will begin on Monday by the operatives of the Lagos State Task Force.

This was made known by the chairman of the Lagos State Task Force, SP Olayinka Egbeyemi who said the agency was embarking on the operation after the expiration of a 48-hour quit notice served the operators.

He said said motorists engaging in commercial activities around Ojuelegba and Ikeja by Ipodo Market, Awolowo Way were served quit notice on Saturday, 9 September, 2017 to vacate under the bridges immediately.

Egbeyemi stated that activities of illegal garages being operated in the areas were constituting gridlock across the State.

He stated further that no responsible and responsive government would tolerate criminal activities carried out by hoodlums and miscreants around these illegal garages.

The chairman advised motorists engaging in illegal commercial activities under these bridges to comply immediately by removing their buses.

He, however, warned that anybody caught fomenting trouble during the enforcement operations would be severely dealt with in accordance with the law.