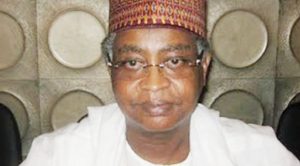 A former Presidential candidate in 1993 genral elections, Bashiru Tofa, on Friday has asked the Nigerian government to urgently convene a national peace conference to tackle issues of political agitations and crisis rocking the nation.

Mr. Tofa, the National Republican Convention NRC, candidate in the annulled June 12, 1993 presidential election, said the conference would particularly address the agitations of the Indigenous People of Biafra, IPOB which has led to an invasion of the South-east by the military and has led to violence.

”Let’s hope this is acceptable and the right and genuine people (not bigots or popularity seekers) will be called to think through it. Something on a permanent basis should be established,” he said.

”May the Almighty God help this country and bless her with a lasting peace. He gave us everything, but we have been, and remain, ungrateful to Him and utterly selfish,” he added.

Meanwhile, the Southern Kaduna Peoples Union, SOKAPU, has called for the implementation of the report of the 2014 National Conference.

Their request is coming months after the pan-Yoruba socio-political group, Afenifere, had also urged the Nigerian government to commence the process for the implementation of the recommendations of conference.

Some members of IPOB, during the week, clashed repeatedly with soldiers as the military commenced preparations for exercise Egwu Eke II (Python Dance ll) which officially commenced on Friday.

Injured persons have also been recorded by both the security agencies and the pro-Biafan group leading to calls by some Nigerians for the federal government to halt the exercise.

The Army has said the exercise will continue and was meant to check criminality in the region.