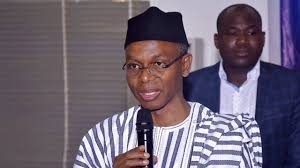 Residents of Kaduna State have been reminded by the State government that the ban on street protest and procession was still in force in the state.

This was confirmed in a statement by the Senior Special Assistant on Media and Publicity to the Kaduna State Governor, Mallam Nasir el-Rufai, Mr. Samuel Aruwan.

Aruwan said the reminder was approved at the meeting of the State Security Council.

“The council also declared one Yakubu Amos wanted and placed a N100, 000 reward for anyone that provides useful information leading to his arrest.

“Mr. Amos is wanted by the security agencies in connection with the attacks at Damisa, Chikun Local Government Area of the state.

“Police Commissioner Agyole Abeh informed the council that efforts made to arrest the suspect had so far been unsuccessful,” the governor’s spokesman said.

The warning on the ban on street protest and procession might not be unconnected with the current tension generated by the clampdown on the outlawed Indigenous People of Biafra in the Southeastern part of the country.