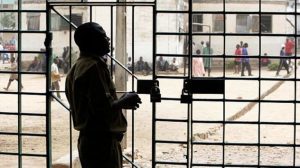 A mechanic, identified as Abuh Yakubu, has been remanded in prison by a  Lokoja Chief Magistrate’s Court  for allegedly abducting and killing 24-year-old Yakubu, son of a retired army colonel, Suleiman Babanawa.

The Chief Magistrate, Levi Animoku, who issued the remand order during the arraignment of the accused in Lokoja, said he refused the bail application of the defence counsel because the alleged crime was capital in nature.

“It is the highest crime known to the law. Bail is not granted as a matter of course,’’ he said.

He added that Section 341(1) of the Criminal Procedure Code precluded the court from granting bail to the accused.

Animoku consequently ordered that the accused be remanded in the Federal Prison, Ankpa, and transferred the case to the Chief Magistrate’s Court, Ankpa, as he adjourned the case till September 26, for mention.

Earlier, the prosecutor, Sergeant Friday Shaibu, told the court that the father of the deceased,  Suleiman, reported the matter on November 28, 2017, at the Okpo Police Division.

According to Shaibu, Yakubu was at a party in Agala-Ikeje on November 26, 2016, at about 10pm when some persons invaded the venue, abducted him and drove away to an unknown destination.

The assailants, two of whom were later identified as Felix Ameh and Sunday Otene, were said to have been armed with guns when they perpetrated the act.

The prosecution said while a search was on to find the Yakubu, there was information that a corpse was found in Otukpa, Benue State.

When the family got there, it was discovered to be the corpse of Yakubu with bullet wounds all over him.

Counsel for the accused, Mr. E.A. Majebi, presented oral application for the bail of his client, hinging his submission on presumption of innocence in line with Section 36 (5) of the 1999 Constitution.

The accused was charged with criminal conspiracy and culpable homicide, contrary to sections 97(1) and 221 of the Penal Code.