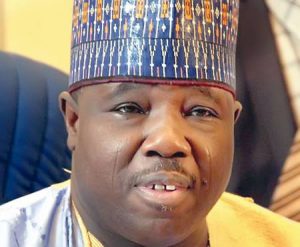 Osinbajo went into the closed-door meeting with Sheriff shortly after presiding over a meeting of the National Economic Management Team.

There had been reports that the All Progressives Congress had approached Sheriff to join its fold but the Borno State chapter of the APC had vehemently denied it.

After the meeting which held for less than two hours, Sheriff refused to speak with State House Correspondents when he was approached.

Moments after, the Chairman of the APC, Chief John Odigie-Oyegun, also came to Aso Rock to see the Chief of Staff to the President, Abba Kyari.